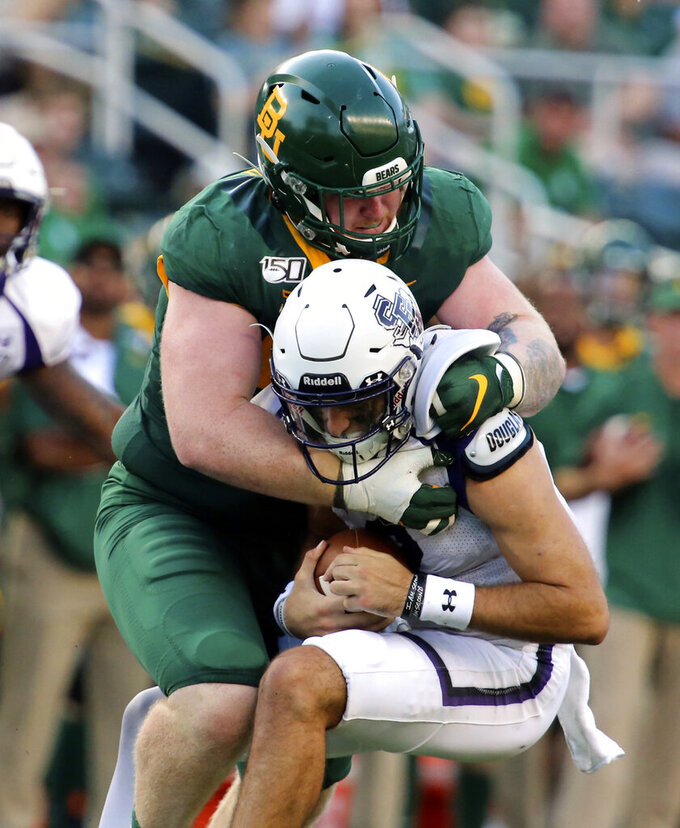 Lynch announced his decision in a social media post Monday, and said that choosing Baylor was the best decision of his life.

The 6-foot-4, 295-pound defender said he was proud to be part of the team's turnaround from 11 losses two years ago to 11-3 this season. The Bears played in the Big 12 championship game and the Sugar Bowl.

The Big 12 defensive player of the year finished his junior season with 13 1/2 sacks and 19 1/2 tackles for loss, both single-season school records. In his 38 games at Baylor, he set school records with his 22 career sacks.