Duke looks for win No. 7 when it hosts Virginia Tech in ACC 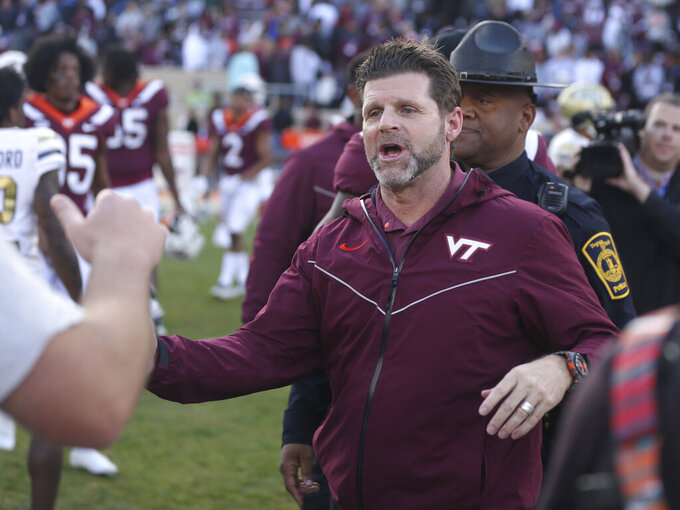 The Blue Devils secured bowl eligibility last week against Boston College under first-year coach Mike Elko, a strong start to his tenure after two years of struggle. Another win would mark the program's first season of at least seven wins since 2017 after winning just five games in 2020 and 2021. The Hokies have lost six straight games under first-year coach Brent Pry.

Virginia Tech's offense against Duke's defense. The Hokies rank last in the league in total offense (316.7) and 11th in scoring (20.2). They have scored scored 14 or fewer points in three of their five league losses and have yet to reach 30 points in a game. Duke's defense has surrendered yards (12th in ACC at 394.1 per game) but ranks in the middle of the league in scoring defense (23.1).

By John Zenor 20 minutes ago
By Pete Iacobelli 48 minutes ago
an hour ago
By Ralph D. Russo 4 hrs ago
By Ken Powtak 18 hrs ago