For FSU and Miami, there's always something big at stake 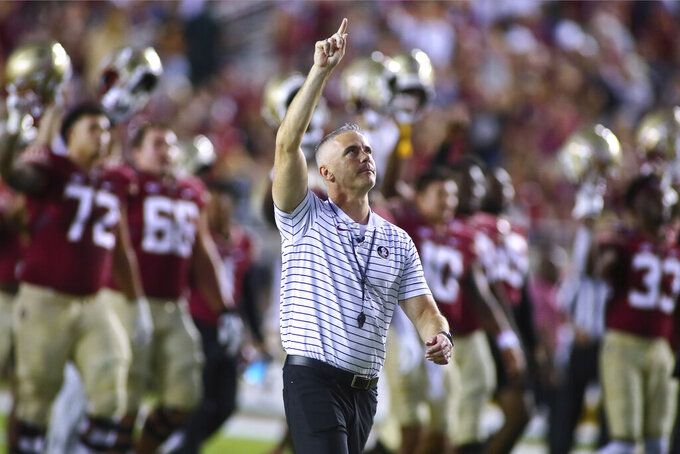 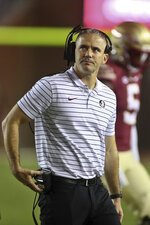 MIAMI GARDENS, Fla. (AP) — There are some marquee college football games this weekend.

Among them: 21 games that involve at least one team in the AP Top 25. Of those, three have ranked teams facing one another, including Georgia-Tennessee — the third regular-season instance of No. 1 vs. No. 2 in the last 15 years. And 12 games will see both teams enter with winning records.

Florida State-Miami doesn’t check any of those boxes.

Doesn’t matter. For the Seminoles and Hurricanes, it’s still The Game. One of the best rivalries within the sport gets rekindled Saturday, with Florida State (5-3, 3-3 Atlantic Coast Conference) coming to Miami (4-4, 2-2) to play before a prime-time national television audience. Neither team is ranked — the third time in the last four FSU-Miami meetings that’s been the case — yet the history between the programs still makes this compelling.

“When you play in this rivalry,” Miami coach Mario Cristobal said, “you always recognize that this was the best rivalry.”

Cristobal has played in Miami-FSU games, been a graduate assistant in them, been an assistant coach and now will get his first view of being a head coach in the rivalry. Florida State’s Mike Norvell is, technically, coaching against Miami for the third time — though it’ll be just his second time on the sideline. He missed the Seminoles’ loss at Miami two years ago because of COVID-19.

“We know the opportunity that’s ahead, and we’re excited for what this game means to our program,” Norvell said. “This is a great week for our team, for our fan base, for the rivalry that is, I think, one of the greatest in all of college football.”

There are some statistical oddities within the rivalry. Among them: both teams have a losing record in home games. Florida State is 20-18 at Miami (not including the Hurricanes’ Orange Bowl win over the Seminoles on a technically neutral field on Jan. 1, 2004), while the Hurricanes are 16-11 at Tallahassee.

But a year ago, Florida State held serve at home. Miami couldn’t get a crucial stop on fourth-and-14 in the final moments, the Seminoles scored the winning touchdown for a dramatic victory and the Hurricanes’ trajectory was changed in that instant. Manny Diaz’s fate was sealed; he was fired when the season ended, and Cristobal was brought home.

His return hasn’t gone to plan, yet. The Hurricanes are basically out of the ACC race, need two wins in their final four games just to become bowl-eligible and didn’t score a touchdown in last week’s four-overtime, 14-12 win at Virginia.

That won’t matter this week. Emotions will be high, since they always are in this game. Florida State’s spear vs. Miami’s smoke. All the wide rights and wide lefts, the legacies of Bobby Bowden and Howard Schnellenberger, all the national championships that have been decided at least in part by the outcome of FSU-Miami, those are just some of the reasons why a 5-3 team facing a 4-4 team merits this big of an audience.

“It’s a big game, and it’s a big game because it’s this game,” Norvell said. “Every year, it doesn’t matter what’s happened up until that point. This is a game that you want to win. You want to go out and you want to play your best.”