Michigan State hosts Rutgers in a battle for a bowl berth 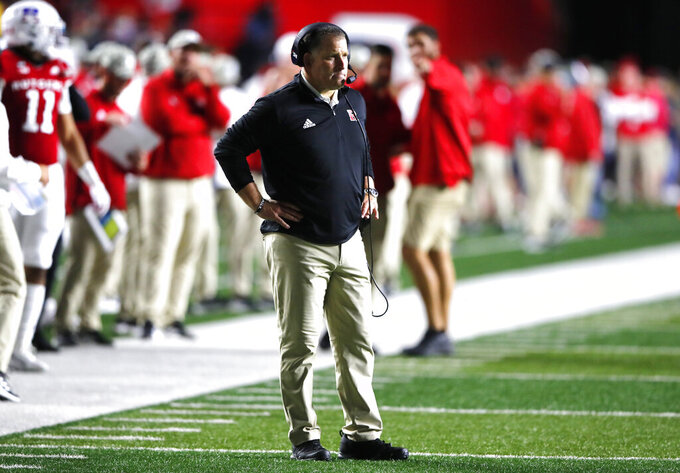 Line: Michigan State by 9 1/2, according to FanDuel Sportsbook.

Both teams need two wins in their final three games to have any shot at playing in a bowl game. The Spartans are favored against Rutgers and likely will be vs. Indiana next week, before finishing at Penn State. The Scarlet Knights have a tougher schedule: After Michigan State, they play Penn State and finish at Maryland.

Michigan State’s passing offense vs. Rutgers’ defense. For the second week in a row, the Spartans will face one of the stingiest defenses in the Big Ten. The Spartans were held to 182 yards passing by No. 14 Illinois and now face the Scarlet Knights, who are allowing an average of 170.7 yards in conference games.

Rutgers: Deion Jennings. The senior linebacker leads Rutgers with 78 tackles and he has been around the ball lately. He had a career-high 13 tackles two weeks ago against Minnesota and he shared the team lead with cornerback Avery Young with 10 against No. 4 Michigan on Saturday night. His 8.7 tackles per game is sixth in the Big Ten. He also has 5 ½ tackles for losses and four passes defended.

Michigan State: Keon Coleman. The sophomore wide receiver was limited to two catches for 26 yards vs. Illinois. Coleman is the Spartans’ leading receiver with 38 receptions for 574 yards and six touchdowns. He averages 15.1 yards per catch and had a career-high 155 receiving yards against Michigan.

Michigan State has won seven of the last eight meetings with Rutgers. … Rutgers is 2-2 on the road this year. ... The last time the Scarlet Knights played in East Lansing, they forced seven turnovers and beat the Spartans 38-27 in 2020 in Greg Schiano’s first game returning as Rutgers coach. … The Scarlet Knights lead the conference and are fifth nationally with five blocked kicks this season. DB Max Melton’s three blocks are tied for the national lead. ... Michigan State LB Cal Haladay was named the Big Ten Defensive Player of the Week following his performance vs. Illinois. Haladay, who leads team and ranks fourth in the Big Ten with 80 tackles, had a career-high 3.5 tackles for loss and finished with nine total stops against the Illini. … Rutgers has limited returners to minus 10 yards on punt returns this season. ... Freshman quarterback Gavin Wimsatt is expected to make his third straight start.