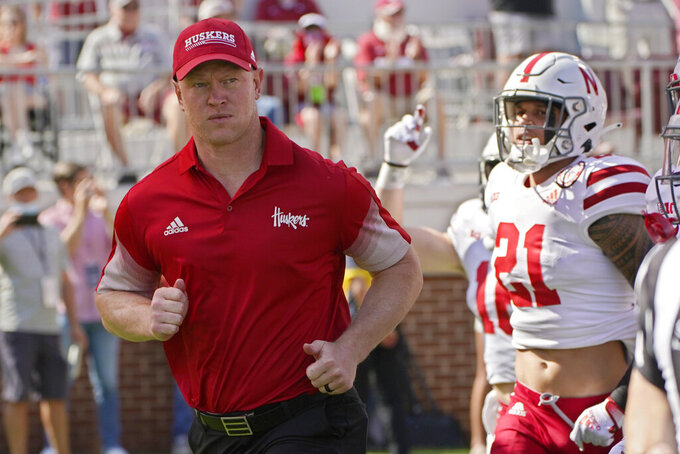 EAST LANSING, Mich. (AP) — As the only Power Five coach with a pair of road upsets this season, Mel Tucker is happy to be home.

His goal is for Michigan State’s players to forget their 3-0 start, including a Big Ten win, and a No. 20 ranking and for its fans to remember how important they can be when Nebraska (2-2, 0-1 Big Ten) visits Saturday night.

Calling a clash with the Cornhuskers “a double-mouthpiece game,” Tucker asked for his team’s fans to be more than a 12th man. He wants their help in creating an unmatched home atmosphere.

“It should be, and I believe it will be, one of the toughest places to play in the country,” he said, remembering a 6-0 home mark with wins over Oregon, Michigan, Ohio State and Penn State in 1999. “People should not want to come to Spartan Stadium and play in `The Woodshed.‘”

Tucker asked Michigan State’s students to show up early for a “Stripe the Stadium” game and for its fans to keep Nebraska’s representation to the 2,500 tickets it requested, perhaps remembering more than 25,000 Husker fans who came to Colorado where he coached two years ago.

A greater concern might be whether Nebraska brings the team that lost at Illinois in late August or the one that outscored Fordham and Buffalo 70-10. The Huskers nearly upset Oklahoma last week, losing by seven points with three botched kicks that cost them eight points.

If the game comes down to quarterback play, Tucker raved about the Huskers’ Adrian Martinez, a dual threat and the first player in school history to throw for more than 1,000 yards four times. Meanwhile, Nebraska coach Scott Frost couldn’t say enough good things about the Spartans’ Payton Thorne, who has thrown nine touchdown passes without an interception.

“The quarterback can do everything they ask him to do, but they’re just solid everywhere,” Frost said, “When you look at Michigan State for as long as I can remember, it’s a black-and-blue, physical team. We know we’re in for a fistfight Saturday night. It’s going to be a fun environment.”

The Spartans are averaging 39.3 points and have scored at least 38 points in each of their three wins. They scored 16 touchdowns in less than 16 days this month, two more than they had in seven games last season.

After missing the first games with a foot injury, 6-foot-6 Nebraska tight end Travis Vokolek returned against Oklahoma and was on the field with 6-9 Austin Allen much of the time. Offensive tackle Teddy Prochazka put on a No. 46 jersey and lined up as a third tight end in short-yardage situations, and Chancellor Brewington came in as a fourth tight end on a scoring run by Martinez.

Nebraska punter and holder William Przystup will see some old friends in East Lansing. He appeared in four games in 2018 for Michigan State and was the starter at the end of that season. He punted in the Spartans’ 9-6 loss at Nebraska and finished the year with nine of his 27 punts inside the opponents’ 20-yard line.