No. 24 Tar Heels look to regroup against Georgia State 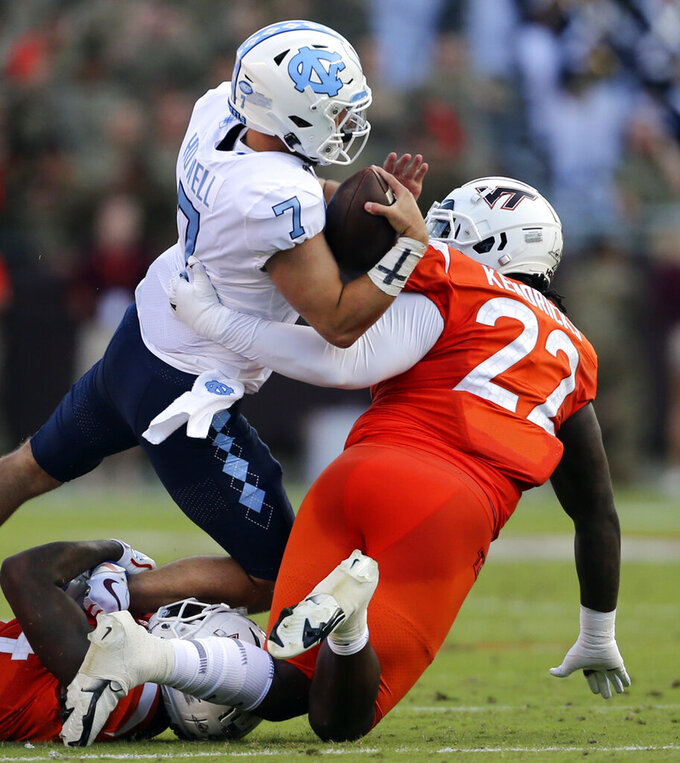 Line: UNC by 25 ½, according to FanDuel Sportsbook.

North Carolina began with a preseason top-10 ranking for the first time in 24 years only to lose at Virginia Tech in its opener, then fell 14 spots in the AP Top 25. The loss highlighted the challenge for the Tar Heels in replacing departed stars at running back and receiver from last year. Georgia State struggled in its opener, too, losing to Army by managing 10 points despite returning all 11 offensive starters.

UNC’s Ty Chandler against the Georgia State run defense. Chandler arrived as a graduate transfer from Tennessee to help replace departed 1,000-yard rushers Javonte Williams and Michael Carter. He finished with 10 carries for 66 yards at Virginia Tech, but had just six carries through the first three quarters. He’ll face a defense that couldn’t slow Army’s run game in the opener, surrendering 258 yards on 67 carries and four touchdowns.

Georgia State: QB Cornelious Brown IV. Brown is in his second season as a starter and threw for a high of 372 yards last year, but he threw for just 129 yards in the Army loss.

UNC: WR Josh Downs. Downs had been expected to fill a major role in the offense with the departures of Dyami Brown and Dazz Newsome. He didn’t disappoint with nine catches for 132 yards and a touchdown against the Hokies.

North Carolina is playing its first home game. … UNC QB Sam Howell is early in this third season but has already set the program’s career record for touchdown passes (69). … Nine of 11 losses for UNC since Mack Brown returned before the 2019 season have come by seven or fewer points. … Brown is 10-2 in home openers at UNC going back to his first stint from 1988-97. … Georgia State earned its first win against a power-conference team at Tennessee in 2019. … The Panthers are 0-8 against ranked FBS teams. … Georgia State coach Shawn Elliott went 2-10 in 2018 but has gone 13-11 since.