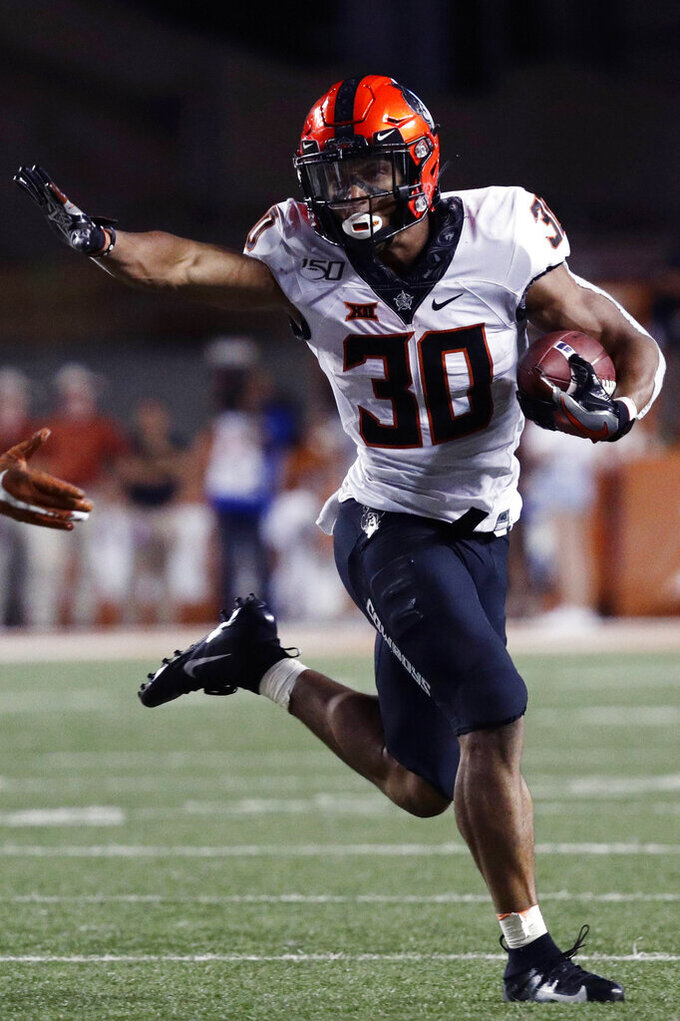 Hubbard made the announcement on social media on Monday.

Oklahoma State receiver Tylan Wallace previously announced he would be back for his senior season, so Hubbard's return means the Cowboys have two of the nation's most accomplished offensive players heading into next season.

Hubbard ran for 2,094 yards and 21 touchdowns this season, enough to make him consider declaring for the NFL draft. He joined Barry Sanders as the only players in school history to rush for at least 2,000 yards. Hubbard was eighth in the Heisman Trophy balloting and was The Associated Press Big 12 Offensive Player of the Year. He also was a finalist for the Walter Camp and Doak Walker Awards for national player of the year.

Hubbard rushed for at least 100 yards in the final 11 games of the season. He had 296 yards rushing against Kansas State, 256 against Tulsa, 223 against TCU and 221 against Oregon State.

Wallace, who was injured late last season, caught 53 passes for 903 yards and eight touchdowns despite playing just nine games. He was a Biletnikoff Award finalist in 2018 and was an All-Big 12 second-team selection this season.

Newly named offensive coordinator Kasey Dunn stands to benefit greatly from Hubbard's decision to return. The school announced the promotion of Dunn, who previously was receivers coach and associate head coach, on Monday.

Dunn joined coach Oklahoma State coach Mike Gundy’s staff in 2011. Next season will be his 10th with the Cowboys, which will make him the longest consecutively serving Oklahoma State football assistant since 1962.

Dunn has coached Biletnikoff Award winners Justin Blackmon and James Washington. His receivers have earned All-Big 12 honors 10 times, and Oklahoma State has had at least one All-Big 12 receiver in all but one of his years on staff. Ten of his pupils have played in the NFL, including current pros Washington, Marcell Ateman, Tyron Johson and Chris Lacy.

Dunn replaces Sean Gleeson, who left to become offensive coordinator at Rutgers after one year at Oklahoma State.