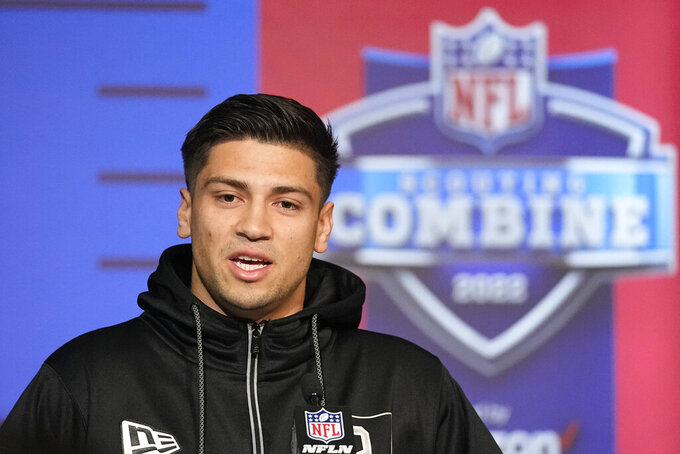 Corral threw for representatives of almost every NFL team at the Ole Miss pro day on Wednesday, including at least four head coaches: Pittsburgh's Mike Tomlin, Atlanta's Arthur Smith, Carolina's Matt Rhule and Mike McCarthy of Dallas. Corral is projected as a potential first-round pick in the April draft.

Corral attended the NFL combine but didn't participate in throwing or workouts while recovering from a right ankle injury sustained early in the Sugar Bowl against Baylor.

Corral completed 67.9% of his passes for 3,349 yards and 20 touchdowns against five interceptions last season as a junior. He was a finalist for both the Manning Award and the Johnny Unitas Golden Arm Award.