Outside of Oregon, it's a rocky season for the Pac-12 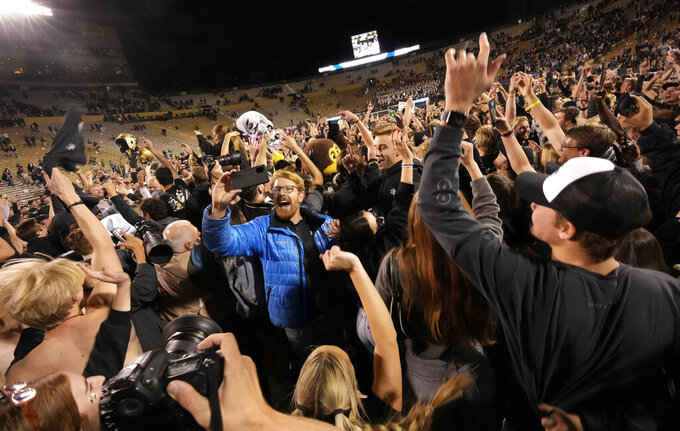 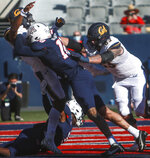 Just about any sort of win in the Pac-12 is cause for fans to rush the field in celebration these days.

In Boulder last weekend, the backers of the struggling Colorado Buffaloes stormed the turf after beating a five-win Oregon State team on homecoming. In Tucson, the Arizona Wildcats faithful cut loose after ending a 20-game skid.

USC's Clay Helton was fired for losing too many games. Washington State's Nick Rolovich and several assistants were let go in October for not complying with the governor’s order that all state employees get a COVID-19 vaccine. Colorado parted with its offensive line coach. Washington recently let go of its offensive coordinator. Oh, and more coaching news: Jimmy Lake of Washington drew a suspension for a sideline incident last weekend.

There are only a few headline-grabbing wins over other Power 5 teams (most notably, Oregon at Ohio State), juxtaposed against stunning losses (the Huskies falling to lower-tier Montana) and an 0-4 mark versus No. 14 BYU (the Cougars can add to it against USC).

A statistical anomaly? Could be. The Beavers, behind B.J. Baylor, boast the 10th-best rushing offense in the nation and the Huskies the top-ranked pass defense.

“I believe football does go in cycles,” said Colorado coach Karl Dorrell, whose team needs to close with three straight wins to become bowl eligible for a second straight season. “There’s going to be in five years' time a different element of the game. The game changes and we have to evolve with all the evolution of it.”

One constant: Oregon ... besides that OT loss at Stanford.

“I don’t personally feel any (extra pressure) and with our players, there is no indication that they feel any,” Utah coach Kyle Whittingham said. “We never talk about it in meetings and we just say we are in a good position. That’s as close as we come to talking about the standings.”

In Tempe, Arizona, last weekend, one of the stars of the USC-Arizona State show was a “tailback” who proved to be crafty as a fox. There was virtually no stopping the furry four-legged guest on its mad dash inside the stadium as it simply tried to leave the field.

But storming the field in Boulder? That was an overtime win against an Oregon State team that hasn’t been to a bowl since 2013. And in Tucson, Arizona, fans reveled in a 10-3 victory over a COVID-19-depleted California squad.

"A great feeling,” Arizona defensive lineman Jalen Harris said. “It’s been a while since we won so it felt good to go out there and get that first win.”

It’s also been a tumultuous season at USC and Washington — though the Trojans (4-5, 3-4) can become bowl eligible under interim coach Donte Williams with two wins in their last three games.

The Huskies recently announced the firing of offensive coordinator John Donovan. The next day they suspended Lake, who will miss all team activities for the week and will return to his coaching responsibilities Sunday. Defensive coordinator Bob Gregory will serve as the interim coach for Saturday’s game against Arizona State.

The suspension stems from Lake appearing to thrust his right arm toward and then shove Ruperake Fuavai during a brief skirmish on the Washington sideline in a 26-16 loss to Oregon over the weekend. Fuavai appeared to be exchanging words with Oregon’s Jaylon Redd just before the incident with Lake.

“I fully accept the decision that was made,” Lake said in a post on Twitter. “Our team has a right to expect better than what I displayed on Saturday, and I’m committed to doing just that — being better so our program will reflect all that’s good about being a Washington Husky.”