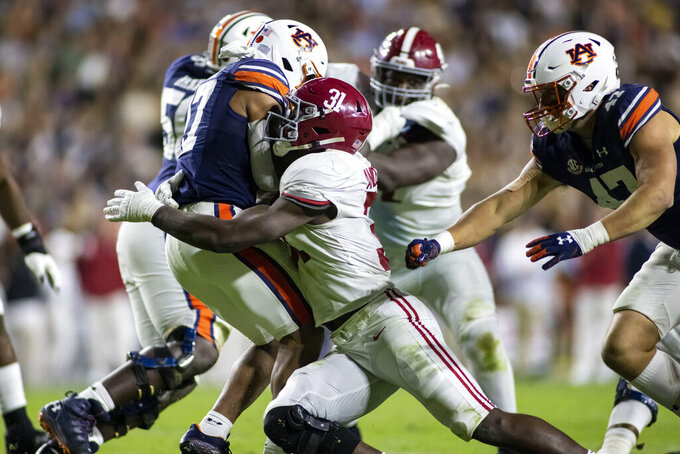 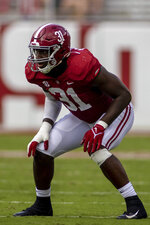 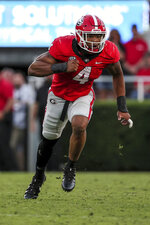 After Georgia beat Florida in November, Bulldogs coach Kirby Smart was asked about the importance of recruiting. His response was both obvious and emphatic:

“The best coach to ever play the game better be a good recruiter because no coaching is going to outcoach players," he said.

Georgia will play Alabama in an all-Southeastern Conference national championship game on Monday night in Indianapolis. How they got here is pretty simple.

Smart and his mentor, Crimson Tide coach Nick Saban, have assembled the most star-studded teams —- recruiting stars, that is — in recent college football history. The Bulldogs and Tide have been so far out in front of most of the competition on the recruiting trail that they were practically too talented to fail this season.

Both schools benefit from being located in the heart of the most fertile recruiting territory in the country and pour huge amounts of manpower and resources into evaluating and procuring talent.

Georgia and Alabama then consistently send those highly touted recruits on to the NFL, which is the best recruiting tool of all.

“Just coming from high school to here I wanted to surround myself by people who had the same mindset as me, same competitive nature as me, same standard and expectation as me no matter the outcome of whether I was playing or not,” All-America linebacker Will Anderson Jr. said.

247 Sports has been ranking the rosters of each FBS team based on the high school recruiting ratings of each player since 2015. Alabama and Georgia were not only Nos. 1 and 2 in the talent composite this season, but their rosters each received the highest scores ever recorded by the site.

Georgia defensive coordinator Dan Lanning played in Division III and his young coaching career has taken to him to Pittsburgh, Arizona State, Sam Houston State and Memphis. He also did a one-year stint as graduate assistant at Alabama before coming to Georgia.

Lanning said when it comes to the sheer number of talented players at the SEC powers, there is nothing else like it in college football.

Of the 85 scholarship players listed on Alabama's roster to start the season, 74 were either four- or five-star recruits, including 14 five-stars. The Crimson Tide's score in the talent composite was 1.000.89.

Georgia had the most five-star recruits on its roster this season with 19, plus another 47 four-stars for a talent composite score of 1.000.79. Ohio State was third with a score of 985.89.

Rosters can turn over quickly for the Tide and Bulldogs as blue-chip high schoolers turn into college players who declare for the NFL draft after three years in school. That creates opportunities for freshmen to play right away.

Anderson, a former five-star from Hampton, Georgia, made an immediate impact in Tuscaloosa. He had seven sacks among 10 1/2 tackles for loss, playing all 13 games as a freshman on last season's national championship team.

This season, Anderson has been the nation's most dominant defensive player with 97 tackles, 33 1/2 for loss and 17 1/2 sacks.

“I think that’s one of the biggest challenges that I took by coming here, being able to compete, go against the best every day,” Anderson said. “And it’s helped me so far.”

Early playing time is far from guaranteed with these loaded teams. That doesn't deter the top talent.

Georgia linebacker Nolan Smith was considered the No. 1 overall recruit in the 2019 class by some analysts. His development has come slower and he has had to share games reps with a stacked group of linebackers and edge rushers at Georgia.

Smith, a Georgia native, said he never considered transferring for more playing time. He said having former Georgia outside linebacker Azeez Ojulari, who was a second-round pick by the New York Giants last year, and other older players as mentors was invaluable.

College football players and coaches from all over the country use some version of this line frequently: “Our practices are tougher than the games.”

At Georgia and Alabama, it's often true.

Smart is quick to point out players practice far more than they play, and NFL evaluators don't start really digging into a player until he is draft eligible in year three.

“The truly great players understand that no NFL scout or general manager or head coach has called me and said, ‘How much time did Roquan Smith, how much did Nakobe Dean play as a freshman?’ That’s not what they care about,” Smart said.

Alabama sets the standard for producing NFL players, with 51 draft picks in the last five years. Ohio State is the only school close with 43.

Georgia has had 28 during that period, but Smart only took over in 2016 and the Bulldogs are starting to gain steam. Georgia has 23 draft picks over the last three seasons, including nine last year, and could produce as many as 18 in 2022 if every player who is eligible declares for the draft.

“The kids looking for that, they can find that at these programs. So it’s an easier decision than you think, because it’s not just about playing early.”