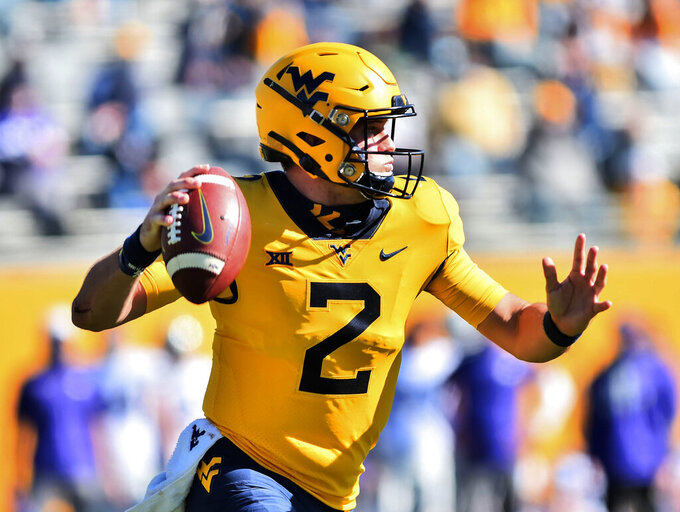 The Big 12's playoff hopes took a hit when Texas beat Oklahoma State last week, but that doesn't mean the league title isn't worth fighting for. A “must-win” for both teams if they hope to contend for the championship.

West Virginia quarterback Jarret Doege vs. Texas rush linebacker Joseph Ossai. Doege will need a quick release and eyes in the back of his head to neutralize the pass rush of Ossai, who dominated Texas' upset win at Oklahoma State with three sacks, a forced fumble and a fumble recovery.

West Virginia: A good run game keeps Ossai in check in the pass rush. That starts with Mountaineers tailback Leddie Brown, who is averaging 115.7 yards per game and 5.5 yards per run. He’ll be up against a Texas defense that stuffed Oklahoma State standout running back Chuba Hubbard last week.