USC O-lineman Alijah Vera-Tucker opts back in for season 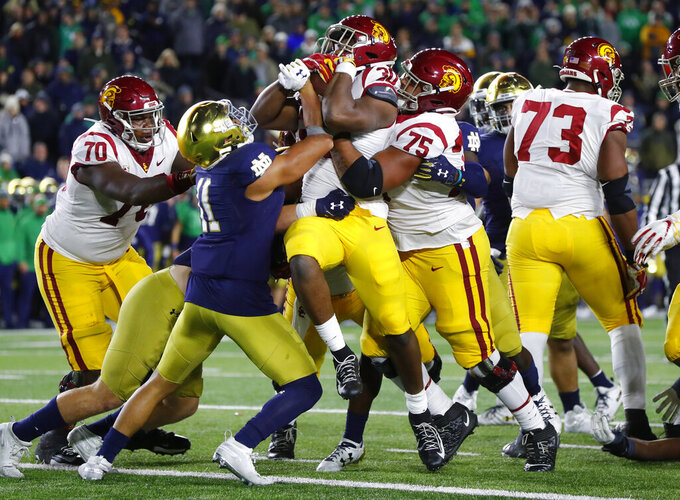 Vera-Tucker announced his decision Tuesday on social media. He opted out in September when the Pac-12 was planning not to play until spring.

Vera-Tucker started 13 games at left guard as a sophomore last season, making the All-Pac-12 first team. He is expected to move to left tackle this season as the replacement for first-round pick Austin Jackson, now the Miami Dolphins' rookie starting left tackle.

“The opportunity to rejoin my teammates, represent the Trojan Family, continue to advance towards my degree and compete for a Pac-12 championship is something I could not pass up,” Vera-Tucker said in his announcement video. “I’m eager to lead my teammates down the tunnel of the Coliseum next month and show the college football world that the Trojans are ready to play.”

Vera-Tucker was selected to The Associated Press preseason All-America second team in August. His return stabilizes a line that also needs to replace right tackle Drew Richmond, who graduated.

USC opens the regular season Nov. 7 at the Coliseum against Arizona State. The Trojans' seven-game schedule doesn't include a matchup with Notre Dame for the first time since 1945.

USC defensive tackle Jay Tufele also opted out of the season in August, but he isn't expected to return to school.