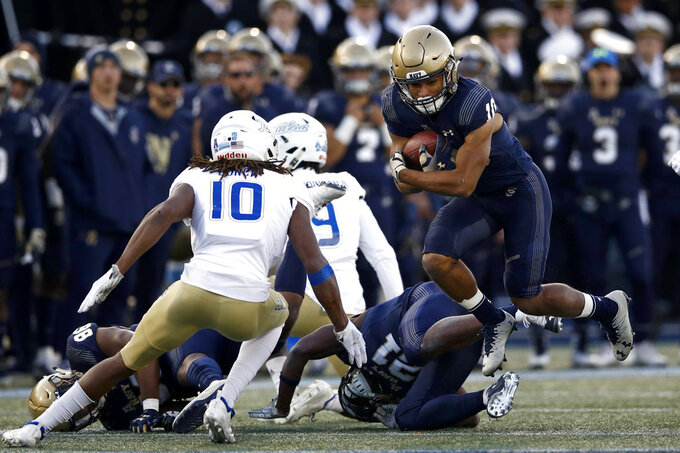 ANNAPOLIS, Md. (AP) — Zach Abey ran for 128 yards with a pair of touchdowns and Navy snapped a seven-game losing streak with a 37-29 victory over Tulsa on Saturday.

Redshirt freshman quarterback Seth Boomer was 19 of 28 for 206 yards with an interception for Tulsa.

Navy linebacker Austin Talbert-Loving was penalized for targeting on a kickoff return early in the second quarter and was ejected. Tulsa safety McKinley Winfield was called for the same infraction with just under 11 minutes left in the game.