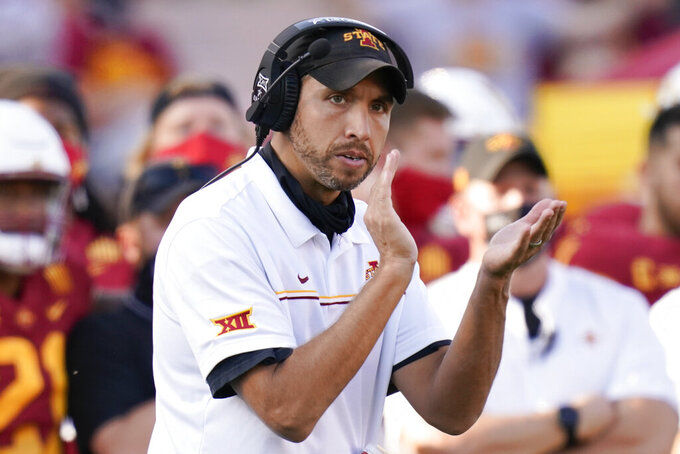 Iowa State, which lost 27-21 in the Big 12 title game last Dec. 19, won't play the Sooners again until going to Norman, Oklahoma, on Nov. 20, two weeks before the next championship game.

The Cyclones last year beat Oklahoma and Texas in the same season for the first time, putting together a Big 12-best conference record of 8-1 during the regular season and going to their first championship game in any league. Iowa State recently gave coach Matt Campbell a new eight-year contract through 2028.

This will be the 11th season in a row with the 10 Big 12 teams playing round-robin league schedules with nine conference games. All also have three non-conference games, starting Sept. 4.

The first conference game is Sept. 18, when Baylor plays at Kansas. Every other team, except TCU, will open league play on Sept. 25. The Horned Frogs are the only team that will play their nine conference games in consecutive weeks, starting Oct. 2 at home against Texas and finishing Nov. 27 at Iowa State.

Over the last five weeks of the regular season, starting Oct. 30, every team will play conference games each weekend, except open dates for Oklahoma and Texas Tech on Nov. 6.