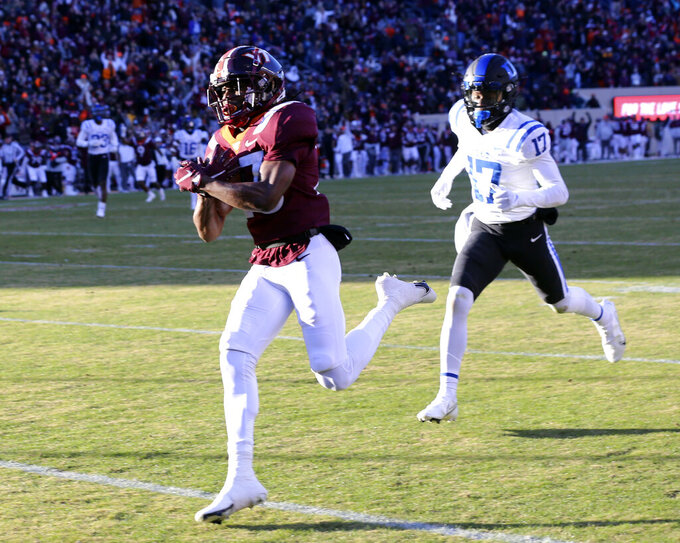 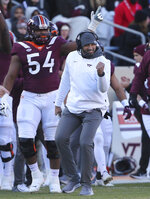 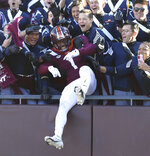 BLACKSBURG, Va. (AP) — Braxton Burmeister threw for 215 yards and a career-high three touchdowns to lift Virginia Tech to a 48-17 victory over Duke on Saturday.

The Hokies (5-5, 3-3 Atlantic Coast Conference) entered the game having lost four of their previous five games, including heartbreakers to Notre Dame (32-29) and Syracuse (41-36) in the waning moments. But Virginia Tech grabbed a 14-0 lead against Duke and never trailed in setting season highs in points and scoring margin.

“Just proud of our kids — their perseverance through tough, adverse times,” Virginia Tech coach Justin Fuente said. “They continue to amaze all of us in this building that see them every single day with their resilient nature and their care for each other."

Raheem Blackshear added 117 yards rushing and scored touchdowns both rushing and receiving for the Hokies, who amassed more than 500 yards of offense (573) for the first time in 43 games. Virginia Tech’s 374 first-half yards were more than it had accumulated in six of nine previous games this season.

Of the 573 yards, 297 came on the ground and 276 through the air, as the Hokies displayed their most balanced attack this season. Three players — Blackshear, Keshawn King (90), and Burmeister (71) — finished with more than 70 yards rushing.

Burmeister, who missed nearly all of the Hokies’ 17-3 loss at Boston College because of an injury, returned and completed touchdown passes of 47 yards to King, 30 yards to Kaleb Smith, and 13 yards to Blackshear.

“When you get a team ready, and you believe in your heart — and I believed in my heart we were ready — it is difficult to put into words the direction it went, but it did go in a bad direction,” Duke coach David Cutcliffe said. “And I take full responsibility for that.

Duke: Expect speculation on the status of Duke coach David Cutcliffe to ramp up in the next two weeks. The Blue Devils have lost 11 consecutive ACC games dating back to last season and are 4-20 in ACC play over the past three seasons. Cutcliffe, wrapping up his 14th year, has done a lot of good things at Duke, but it may be time for a change in Durham.

Virginia Tech: Nothing about this win should change the status of coach Justin Fuente, who is on the hot seat. The Hokies were 10.5-point favorites playing at home on Senior Day against the worst team in the ACC. They should have won convincingly. Fuente’s future in Blacksburg will be determined following games at Miami and at rival Virginia to close the season.

Duke: The Blue Devils play at home against Louisville on Thursday.

Virginia Tech: The Hokies play at Miami on Saturday.