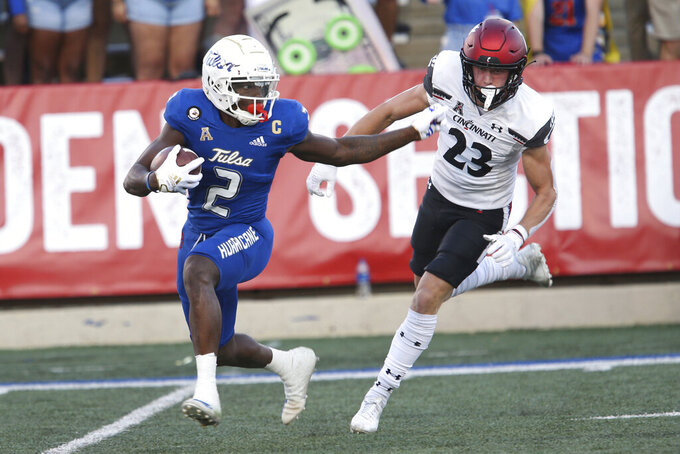 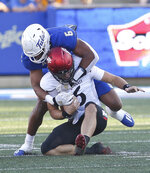 Bryant's 61-yard pass to a wide-open Tyler Scott gave Cincinnati (4-1, 1-0) a 14-7 lead in the final minute of the first quarter and the Bearcats led the rest of the way in winning their fourth straight.

Deshawn Pace had an 18-yard pick-6 for the Bearcats' first points. Cincinnati intercepted Davis Brin twice, had 11 sacks and held the Golden Hurricane (3-2, 0-1) to 36 yards rushing.

Brin, who returned to action after leaving with an injury in the second quarter last week in a loss to Mississippi, threw for 237 yards, going over 5,000 for his career, but was intercepted twice. Keylon Stokes had 106 yards on six catches and went over 200 career receptions. Tulsa came in ranked fourth nationally in passing yards at 358.5.

Deneric Prince scored on 8- and 2-yard runs for Tulsa, the second score cutting the lead to 24-21 but Bryant's 2-yard toss to Josh Whyte on fourth down made it 31-21 heading into the fourth quarter.

Tulsa had a chance to cut the lead in the fourth quarter after Jaise Oliver's interception at the Bearcats 21 with under seven minutes remaining. But despite two personal foul penalties and a pass interference call on Cincinnati, Tulsa was halted at the 1.

Bearcats linebacker Ivan Pace Jr., who came in as the nation's leader in tackles for loss with 11, added 2.5 more as part of his 10 tackles.