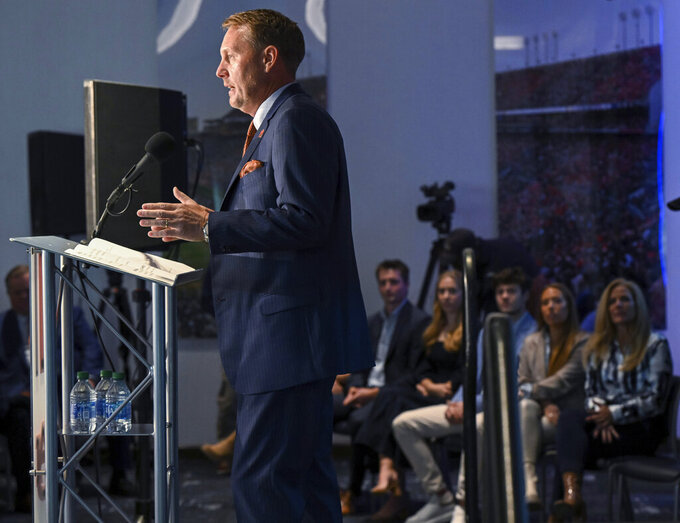 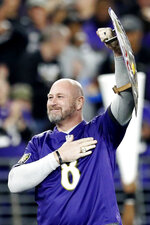 Hugh Freeze returns to the Southeastern Conference with enough baggage to fill a jumbo jet.

He turned his last SEC job into “Freeze Gone Wild," using a university-issued cell phone to call an escort service while presiding over enough scandalous behavior to land Ole Miss on NCAA probation.

Even now, as Freeze takes over at Auburn, there are questions about him bullying a Liberty student on social media when she called out his most recent employer.

But Freeze had one big edge when the Tigers came looking for a new head football coach.

As we jump aboard another carousel of coaching fires and hires, an all-too- familiar pattern remains firmly intact at the highest level of college football.

Black coaches — with the exception, it seems, of Deion Sanders — need not apply.

Chances are, they're not even going to get a call back.

The past few days have demonstrated just how much the lack of opportunity for minority coaches is ingrained in a system that keeps talking about the need for change but seems intent of keeping this a mostly white profession.

— Freeze is a downright embarrassing choice for the Auburn job, but those sort of decisions have become the norm for a program that has long been dominated by prominent boosters who care about nothing but maintaining their power and keeping up with rival Alabama. The fan base appeared to favor former Auburn star Cadillac Williams, a Black assistant who took over as interim coach when Bryan Harsin was fired after less than two years on the job. Williams breathed some much-needed life into the program, but the Tigers went with Freeze and introduced him at a news conference that was essentially a mea culpa for all his past transgressions.

“Please give me a chance to earn your trust,” he begged Tiger Nation, doing everything but dropping to his hands and knees. “Give me some time. Get to know us. Get to know our family. Get to know the truth of our story.”

Is there anyone who truly believes that if everything else was the same, only Freeze was Black and Williams was white, that Auburn would have gone down the same path?

— Another Alabama school, UAB, went completely outside the box while managing to stay firmly within the white-dominated system by hiring a head coach with zero college experience. Trent Dilfer may provide a bit of a splash as a former NFL quarterback and media personality, but his coaching resume begins and ends at the high school level.

— Arizona State, which fired Black coach Herm Edwards during the season, hired Oregon State offensive coordinator Kenny Dillingham as his replacement. Dillingham is 32, which makes him the youngest coach of a Power Five program. While he's been an assistant at some major programs, this past season was his first as the primary play-caller. Just like that, he's got a big-time program of his own.

— Texas State, a school looking to make its mark in the up-and-coming Sun Belt Conference, hired 34-year-old G. J. Kinne on Friday after all of one season as the head coach at FCS school Incarnate Word.

SEC Commissioner Greg Sankey sounded almost embarrassed when asked about the lack of Blacks in head coaching positions — perhaps because his mighty league has struggled to break free of its segregationist history.

None of the SEC's 14 members is currently led by a coach of color, even though 10 of those jobs have turned over since the start of the 2020 season (and Auburn has done it twice).

The country's most dominant football conference has been integrated on the field for more than 50 years. On the sideline, not so much. Only four schools — Vanderbilt, Kentucky, Mississippi State and Texas A&M — have ever had a Black head coach.

“One of the glaring gaps in our league is the lack of anything but a white individual leading our teams as head football coaches,” Sankey said. “We’ve seen diversification across this league, but not in the role of head football coach.”

He said in an interview Friday that more schools are reaching out to his organization in a meaningful way, sincerely looking for minority candidates who might be a good fit. The group also has launched a mentoring program that pairs promising young coaches with athletic directors around the country.

“People hire people they know, people that they are comfortable with,” Locksley said. “The more we can get into these rooms with the officials who do the hiring, the more minority coaches we have vetted and know have the tools for success, the more we're going to expose them to the headhunters and athletic directors and university presidents. That's a big part of this.”

He acknowledged that it can be frustrating at times, especially when faced with some discouraging realities.

At the beginning of the 2022 season, there were 15 Black head coaches among 131 Football Bowl Subdivision schools, a pathetic 11% of the total in a sport where more than half the players identify as Black.

That number dropped to 11 with the firings of Edwards and Colorado's Karl Dorrell during the season, Willie Taggart's dismissal by Florida Atlantic after the season and the resignation of longtime Stanford coach David Shaw.

As of Friday, seven openings had been filled — all by white coaches. Seven vacancies remained, including Power Five jobs at Stanford and Colorado, as well as Big 12-bound Cincinnati.

Sanders, who's had huge successes both on and off the field in just three years at historically Black FCS school Jackson State, reportedly has offers from three schools — Colorado, Cincinnati and South Florida.

Even if Prime Time decides to head to the big time, at least half of the six remaining schools in search of a coach would have to hire a Black candidate just to get back to the same level as the beginning of the 2022 season.

Sadly, too many of those in power seem content with this system. Even, as the joke making the rounds since Freeze's hiring, it means trading in a Cadillac for an Escort.

Just make sure the Escort comes in white.

Paul Newberry is the national sports columnist for The Associated Press. Write to him at pnewberry(at)ap.org or at https://twitter.com/pnewberry1963