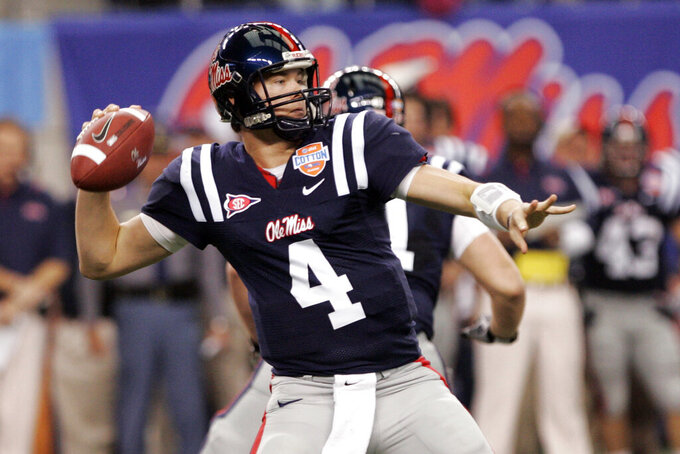 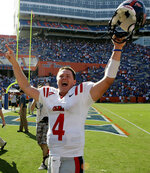 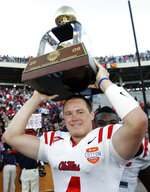 AUSTIN, Texas (AP) — Jevan Snead went to Mississippi to rekindle a promising football career that had stalled at Texas. By the time he left the Rebels, with a year of eligibility remaining, he ranked among the most prolific passers in school history.

Snead was found dead in Austin, Texas, on Saturday night by officers responding to a call about a deceased person near downtown. He was 32.

A police spokeswoman said the death was not considered suspicious. Police and the Travis County medical examiner's office provided no further information Monday.

Gifted with a strong arm and speed, Snead went to high school in Stephenville, Texas, and became one of nation's top recruits. He signed with Texas in 2006 shortly after the Longhorns won the national championship behind quarterback Vince Young.

Snead had previously committed to Florida and his switch to Texas made it appear he'd be the likely successor to Young, who left the Longhorns for the NFL. But Snead couldn't win the starting job over Colt McCoy, who would go on to a record career with the Longhorns over the next four seasons.

After limited playing time in 2006, Snead transferred to Ole Miss and found success.

He sat out the 2007 season and started for the Rebels in 2008 and 2009, leading them to Cotton Bowls victories both seasons. In 2008, Mississippi beat eventual national champion Florida and finished the season on a six-game winning streak.

Snead passed for 5,394 yards and 46 touchdowns at Mississippi. Both marks rank in the top 10 in school history.

"I loved Jevan," former Mississippi coach Houston Nutt said Monday. "He had a great work ethic, great attitude and would do anything for his teammates. He was such a tough guy and had some of his best moments in the biggest games ... We had two great years together."

Snead earned his college degree and skipped his senior season to enter the 2010 NFL draft, but he wasn't selected. He eventually signed as a free agent with Tampa Bay.

Snead was cut later that year.

"He had his heart set on being an NFL quarterback," Nutt said. "I really thought he would make it if he got in the right team."

North Carolina coach Mack Brown recruited Snead to Texas. He called him "a great young man, who we enjoyed having as part of our program at Texas before he moved on to Ole Miss."