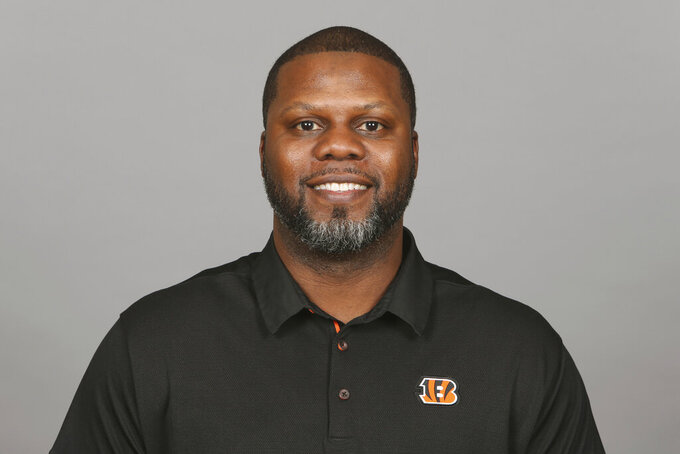 New LSU defensive coordinator Daronte Jones pledges that the unit he now oversees will err on the side of “overcommunicating” and play with a “violent” style.

“We want to minimize error, make sure we’re overcommunicating, have an attacking-style defense where we can dictate the terms and play fast,” Jones said during his introductory media conference on Tuesday. “The biggest thing that we want to do is do everything as violent as possible, and that’s the aggressive mindset that we want to set forth.”

Jones was hired last week following a protracted search to fill a vacancy that opened when Bo Pelini left the program on Dec. 21. LSU courted two other candidates for the job, starting with former Cincinnati defensive coordinator Marcus Freeman, who elected to join Notre Dame’s staff.

LSU then offered the job to Saints defensive line coach Ryan Nielsen, who verbally accepted before being lured back to the Saints with the promise of a promotion to assistant head coach under Sean Payton.

So, it's Jones who now takes over a defense that struggled mightily in one season under Pelini, who’d returned to LSU with hopes of recreating the success he had as coordinator of LSU’s 2007 national championship squad.

Instead, the Tigers ranked 124th nationally in total defense, allowing 492 yards per game.

But Pelini didn’t exactly arrive under ideal circumstances. He inherited a defense decimated by the 2020 NFL draft and subsequent opt-outs because of the COVID-19 pandemic.

LSU head coach Ed Orgeron will expect Jones to put a stop to that, and said his confidence in Jones' candidacy was further bolstered by Jones’ comfort with allowing his head coach to take an active role in coaching on that side of the ball.

“So, I get a chance to give my expertise on the defense,” said Orgeron, who spent much of his career coaching defensive linemen at both the college and NFL level.

Jones has spent the past five football seasons in the NFL, including two seasons with Miami, two with Cincinnati and last season with Minnesota. Before that, he was an assistant to then-Wisconsin defensive coordinator Dave Aranda in 2015.

Jones intends to run a scheme with four down linemen, as Pelini did. That was Orgeron's preference because of returning talent at defensive end, including BJ Ojulari, Ali Gaye and Andre Anthony.

Orgeron also emphasized the importance of including Black coaches among his candidates for top assistant positions at a time when many college athletes are paying close attention to social and racial justice. Jones and Freeman, who are both Black, were two of the top three candidates for the coordinator job. New LSU defensive line coach Andre Carter also is Black.

One thing that was “critical” in hiring new assistants this offseason, Orgeron said, was “how they would speak to our players and how they’d connect to our players.”

“It was important to get minority coaches on our staff that could relate to our players, but also great coaches,” Orgeron said.

Jones said he’ll foster relationships with players by continuing “to be myself.”

“We are in the relationship business and what we do as coaches is building that trust factor,” Jones said. “Can you relate to the person and not just the player?”

Jones should be able to relate to LSU players on multiple levels. He spent formative years of his coaching career in Louisiana with Nicholls State and a pair of high schools in Louisiana's talent-rich Cajun country.

“Louisiana is important to me because that’s where I grew into my coaching personality,” Jones said. “It gave me the confidence to deal with different types of players from all different backgrounds.”