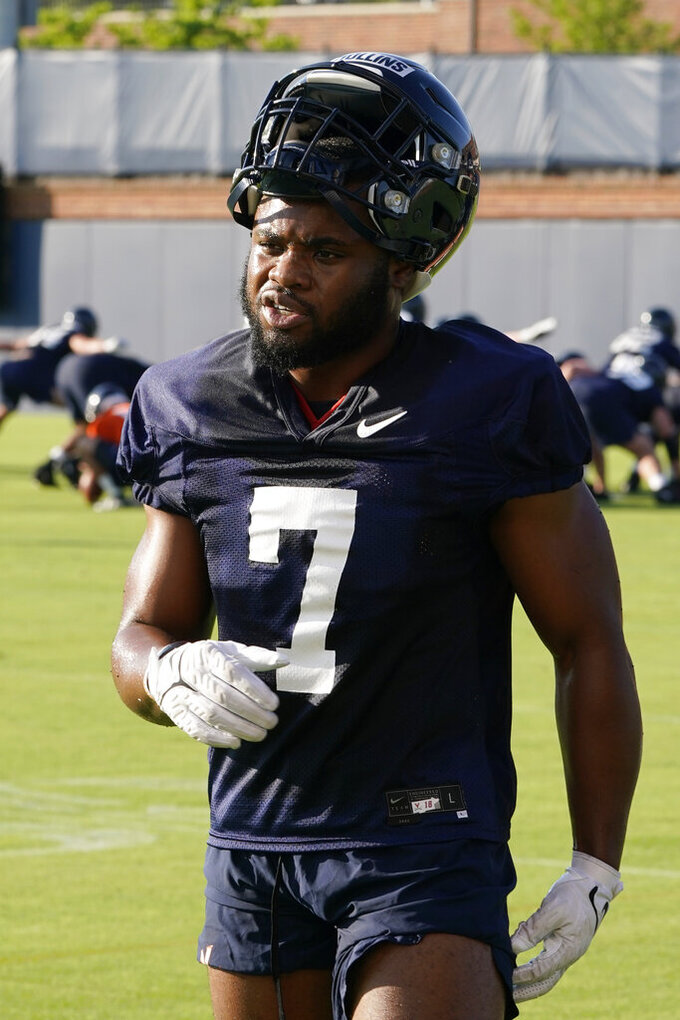 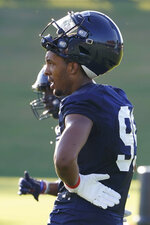 CHARLOTTESVILLE, Va. (AP) — Tony Elliott’s first victory as Virginia’s new football coach came not long after he was hired: he got quarterback Brennan Armstrong to commit to returning for his senior year.

“He has been instrumental in me establishing the foundation of the program,” Elliott said, noting that Armstrong’s return after investigating an early departure for the NFL brought “initial credibility” to the former Clemson assistant.

Armstrong directed an offense that averaged 515.8 yards last season, with an average of 392.6 yards coming through the air. He threw for 31 touchdowns and ran for nine and will have his top three receivers back. The Cavaliers will also welcome the return of 6-foot-7 Lavel Davis, who missed last season with an injury.

The Cavaliers finished 6-6 last year, losing their final four games and opting out of a bowl game. Following the season, coach Bronco Mendenhall decided to retire after six years with the program.

“Unfinished business,” Armstrong said of his decision to come back. “Just really didn’t like how the season ended.”

While skill players are plentiful, including receivers Keytaon Thompson (78 catches, 990 yards, 1 TD), Billy Kemp (74-725-6) and Dontayvion Wicks (57-1,203-9), Elliott and his staff need to rebuild the offensive line to give the shifty Armstrong time to make the best use of the talent on the outside.

On defense, seven starters return, but to a unit that was among the most porous in the nation, allowing an average 466 yards, including 225.8 on the ground. New defensive coordinator John Rudzinski is installing a 3-4 defense, not that different from the 3-3-5 the Cavaliers played under Mendenhall.

“We’ve come a long way,” safety Antonio Clary said during camp. “The defense is playing with a chip on their shoulder.”

Armstrong is adept at scrambling -- he was Virginia’s second-leading rusher with 251 yards last season -- but will need the line to come together to maximize the weapons in the passing game. The line play will also be critical as Elliott and offensive coordinator Des Kitchings try to establish more balance.

Transfers John Paul Flores (Dartmouth) and Mac Hollensteiner (Georgetown) could figure in the mix as coach Garett Tujague, a holdover from Mendenhall’s staff, looks to replace all five starters from last year.

Davis made a big splash as a freshman, finishing No. 2 nationally with an average of 25.75 yards on 20 receptions, including five touchdowns. His return to an already stacked receiver room should be a huge asset, especially since tight end Jelani Woods (44-598-8) graduated and is now in the NFL.

The Cavaliers return several experienced players on the defensive front, led by Aaron Faumui, and have linebacker Nick Jackson back to anchor the linebackers and Anthony Johnson in the secondary, but all three levels will need to improve appreciably. Virginia’s defense was routinely burned for big plays last year and allowed point totals of 66, 59 and 48 points on the way to yielding an average of 31.5.

With young and inexperienced players brought in by Mendenhall filling voids left by veterans all over the depth chart, the veterans like Armstrong, Jackson and Johnson will be counted on by Elliott to bolster their confidence levels. Elliott was speaking of the offensive line, but could have been talking about any number of positions when he said, “The challenge is, can we develop the depth?”

The Cavaliers play three of their first five games on the road and have a four-game homestand late in the season that includes visits from No. 16 Miami, North Carolina and No. 17 Pittsburgh. They close the season at Virginia Tech, which will have the advantage of having a bye the previous week.

Sign up for the AP’s college football newsletter: https://bit.ly/3pqZVaF