No. 4 Clemson faces BC looking for its 23rd win in a row 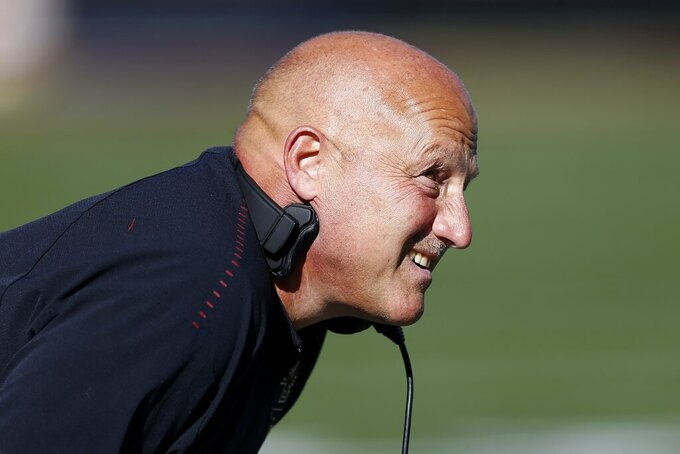 The sophomore quarterback, a favorite for the Heisman Trophy when the year began, has largely fallen out of the award conversation with a very up and down season so far. He's had eight interceptions, double the amount of his national championship freshman season.

Lawrence and the Tigers (7-0, 5-0 Atlantic Coast Conference) look to win their 23rd straight game — a streak coinciding with Lawrence's college career — when they face Boston College (4-3, 2-2) on Saturday night.

"It's just part of the position that we're in, just comes with it," Lawrence said of the criticism he has received this year. "Just have to ignore it the best you and can keep that stuff, I guess, outside of your circle."

Despite the questions about Lawrence's play, Clemson's offense has kept pace with last year's national title group. The Tigers lead the ACC in points per game (40.7) and are second to Wake Forest in total offense (504.7).

A year ago, Clemson averaged more than 44 points and 527 yards a game.

Swinney said although Lawrence has thrown for 1,543 yards and 14 touchdowns, all anyone wants to talk about are his eight interceptions.

"He was always going to make the next play," Swinney said. "That's how Trevor is."

Lawrence showed that in a 45-10 win over Louisville last week. He had two first-half interceptions, yet finished with three touchdowns and 233 yards passing.

Some other things to watch for when Boston College faces No. 4 Clemson:

Clemson kicker B.T. Potter shared a meal with head coach Dabo Swinney a few days after his very public chastising for missing a chip-shot field goal against Florida State on Oct. 12. And that, Potter said, helped him get back on track as he made a 51-yard kick in last week's win over Louisville. Potter and Swinney ate together at Clemson's football facility and the coach told him he had confidence in his kicker.

"That really helped me," Potter said. "That was definitely one of the best parts of last week."

BC quarterback Dennis Grosel made his first career start in the 45-24 victory over N.C. State, and he got a lot of help from the running game.

Clemson hopes to have two defensive starters back from injuries against Boston College on Saturday night in end Xavier Thomas and cornerback Derion Kendrick. Thomas missed last week at Louisville after getting hurt at practice and entering the concussion protocol. Kendrick left the Louisville game with turf toe. He is hopeful but unsure if the two will be back this week.

BC defensive end Richard Yeargin spent four years at Clemson, missing the last two after he was injured in a car accident. The graduate transfer has played in all seven games, with eight tackles four for a loss and a half sack.

"He went through some really tough stuff for a couple of years, and little by little, he's chipped away at that," Addazio said. "He certainly loved Clemson. He loved his experience, loved his teammates and his coaches. ... He's pretty fired up, as you can imagine he would be."

Clemson linebacker Isaiah Simmons, a contender for ACC defensive player of the year, leads the Tigers in about every defensive metric you can think of with 56 tackles, six sacks and 10 stops behind the line of scrimmage. He said he is hardest on himself when he makes an error and Tigers defensive coordinator Brent Venables does not try to boost Simmons' spirits.

"I usually agree with him," Venables joked. "I'm hard on him, too."