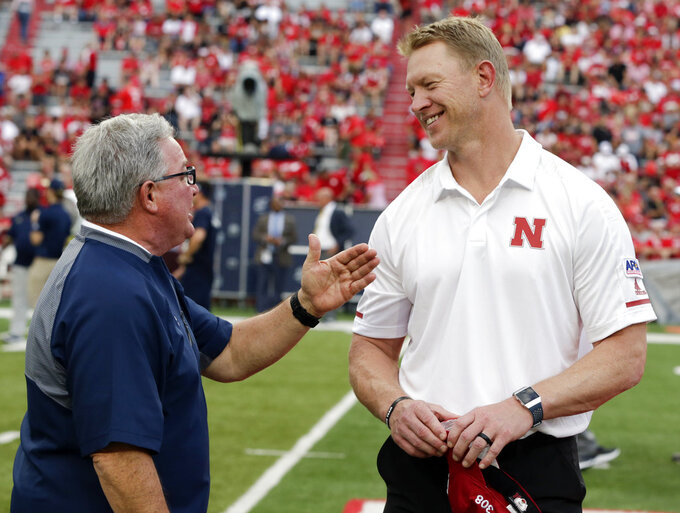 LINCOLN, Neb. (AP) — The Akron-Nebraska game went into a lightning delay immediately after the opening kickoff.
After Akron's kick went into the end zone for a touchback, a Nebraska athletics official ran onto the field to notify officials of lightning within an eight-mile radius of Memorial Stadium. Lightning in the area requires at least a half-hour delay.
Storm clouds that built south of the stadium did nothing to dampen the enthusiasm for one of the most anticipated Nebraska openers in memory. The stadium was full more than a half-hour before kickoff, with many fans showing up in T-shirts celebrating the arrival of Scott Frost as coach.
___
More AP college football: https://apnews.com/tag/Collegefootball and https://twitter.com/AP_Top25