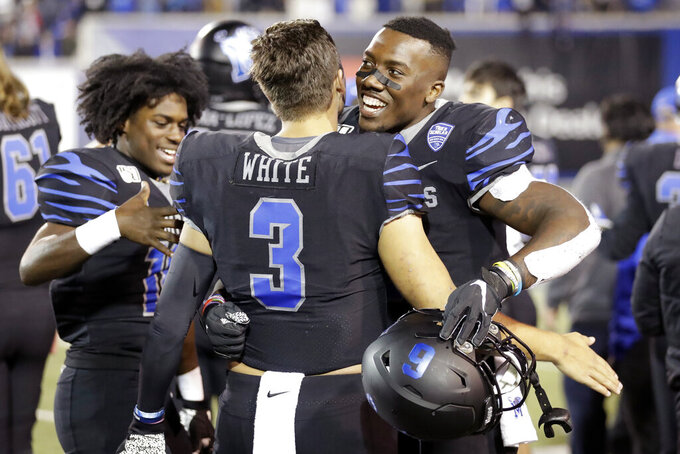 Memphis: The Tigers won the American Athletic Conference title Saturday, beating Cincinnati for the second week in a row to clinch a spot in their first New Year's Six game. Coach Mike Norvell was named Florida State's head coach, though he could split time and coach the Tigers one more game.

Penn State: The Nittany Lions have now been in a bowl game in all six seasons under coach James Franklin, who just got a new contract through 2025. This is their third New Year's Six game for the coach.

Memphis: First appearance in Cotton Bowl, sixth season in a row with a bowl, and 12th overall. Lost four bowls in a row.