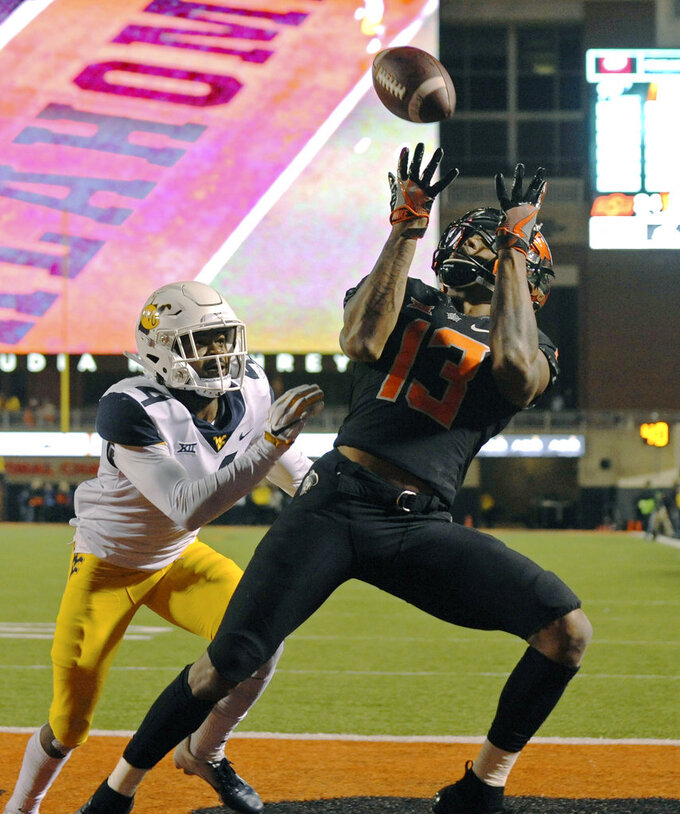 As nerve-wracking as it must have been for Ohio State fans to watch the wild, back-and-forth overtime victory against Maryland , it has become just as uncomfortable to watch coach Urban Meyer endure his team's games.

The countless camera shots of Meyer bent over, hands on knees and head down, are excruciating television. As his defense allowed big play after big play to the Terrapins on Saturday, Meyer looked as if every yard was a sharp stick poking him in the neck. Each penalty on Ohio State, wiping out a positive play for the Buckeyes, seemed to zap Meyer like an electric shock.

The Buckeyes coach has dealt for years with a congenital arachnoid cyst in his brain that causes what his doctor has called aggressive headaches. Meyer had surgery to address the issue in the spring of 2014.

Meyer, 54, is not a sympathetic figure for most fans outside of those who root for the Buckeyes. Even in Florida, where he led the Gators to two national championships, Meyer is remembered as much for bailing out abruptly when things started going bad and leaving behind a dysfunctional team. He said health issues and a desire to spend more time with his family led him to step aside, but after a year away he landed at Ohio State, coaching the team he grew up rooting for. Meyer and the Buckeyes have been rolling ever since — 80-9 with a national title.

The first taste of turmoil in Columbus for Meyer came this offseason, when he was suspended for the first three games for his handling of former assistant coach Zach Smith, who had been accused by his ex-wife of domestic abuse.

Meyer has faced numerous questions since his return to the sideline about his future as Ohio State coach and his health. He has said he expects to be back in 2019. But in a season in which there has been limited drama on the field — with No. 1 Alabama and No. 2 Clemson stomping toward a seemingly inevitable College Football Playoff championship matchup — whether Meyer can continue to be Ohio State coach has become the most intriguing story of 2018.

Amazing as it may seem with how the ninth-ranked Buckeyes (10-1, 7-1, No. 10 CFP) have played this season, they head into the rivalry game against No. 4 Michigan (10-1, 8-0, No. 4 CFP) a victory away from winning the Big Ten East and playing for the conference title.

The playoff is still a possibility, too. But what happens at Ohio State after the games have been played?

In the last four weeks, Oklahoma State has beaten No. 13 Texas, taken No. 6 Oklahoma to overtime and, now, beaten No. 7 West Virginia. Oh, and the Cowboys have also lost to Baylor.

The Big 12 race is a little bananas and Oklahoma State has epitomized the on-any-given-Saturday nature of the conference. On this Saturday, the Cowboys dealt a severe blow to both West Virginia's chances of reaching the Big 12 title game and the Mountaineers' playoff hopes. WVU led by 10 twice in the fourth quarter only to allow two touchdowns in the last five minutes.

Texas beat No. 18 Iowa State with relative and surprising ease and Oklahoma allowed 40 points and more 500 yards to Kansas — and still won by two touchdowns.

If Texas loses, it gets a little more complicated, but the Longhorns are not necessarily eliminated. Yes, the Longhorns could lose to Kansas and play for the Big 12 title — which sounds crazy but this is the Big 12.

For a half, The Citadel gave college football fans a few laughs. The Bulldogs and their triple-option were tied at half, 10-10, with No. 1 Alabama. Whoa! Early in the second half The Citadel kicked a field goal to take a 13-10, lead but a penalty took the points off the board and the re-kick was no good and that was that .

Heisman Watch: Tua Tagovailoa, Alabama; Kyler Murray, Oklahom; Gardner Minshew, Washington State . That might be it for finalists. ... Oregon beat Arizona State and No. 21 Utah, which closed its conference schedule with a rout of Colorado, is the Pac-12 South champion. Been an unusual season for the Utes, with a slow start, followed by a surge, followed by some key injuries, but they will play in the conference title game for the first time since joining the Pac-12 in 2011. Utah will face the winner of the Apple Cup between No. 8 Washington State and No. 17 Washington . ... No. 11 UCF basked in the spotlight, pummeling No. 19 Cincinnati in a prime-time showcase game to run its winning streak to 23 games and clinch a spot in the American Athletic Conference championship. The Knights still have to face USF next weekend and the winner of Memphis-Houston game awaits in the AAC title game. ... Did Illinois coach Lovie Smith do something to anger Iowa's Kirk Ferentz? The Hawkeyes handed the Illini their most lopsided loss in 112 years . ... Just when it seemed Texas Tech coach Kliff Kingsbury had worked his way off the hot seat and maybe into a contract extension, the Red Raiders have lost three straight, including a stunningly ugly setback at Kansas State. Was that K-State coach Bill Snyder's last home game? ... Pitt (7-4) joined Northwestern as unlikely division winners, blowing out Wake Forest to wrap up the ACC Coastal and its first trip to conference title game. ... In the last two weeks, USC, with a chance to win the Pac-12 South, lost to Cal for the first time in 15 years and to the worst team UCLA has fielded maybe in 30 years. Good luck, Clay Helton. ... Florida State's 36-year bowl streak is still alive after the Seminoles beat Boston College. They'll host rival No. 15 Florida next week, looking for a sixth win. ... This has been probably the best four-win season in Nebraska history. The Cornhuskers edged Michigan State for their fourth victory in the last five games. Scott Frost's team finishes at Iowa on Friday, and no matter what happens Nebraska fans have to think the program is headed in the right direction.