Arkansas State QB Bonner out for season with hand injury 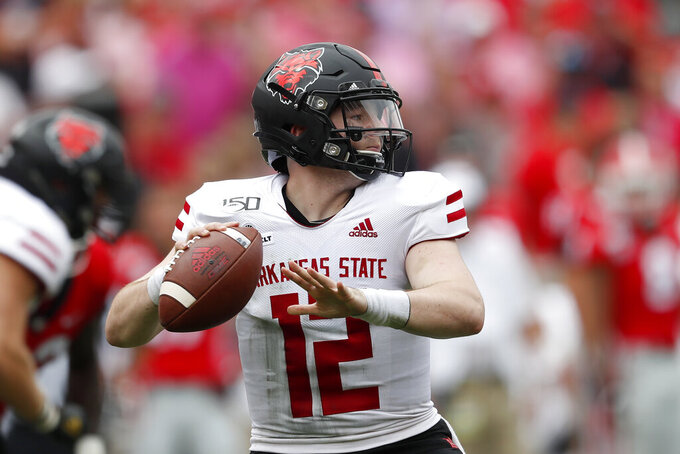 Arkansas State quarterback Logan Bonner (12) throw from the pocket in the first half of an NCAA college football game against Georgia Saturday, Sept. 14, 2019, in Athens, Ga. (AP Photo/John Bazemore)

JONESBORO, Ark. (AP) — Arkansas State quarterback Logan Bonner will miss the rest of the season with an injured throwing hand.

An Arkansas State spokesman said Bonner had surgery on his right hand Wednesday.

Bonner, a junior, led the Sun Belt Conference with 1,052 yards passing in four games and had 10 touchdown passes to one interception. He led the Red Wolves to a 2-2 start, including a close loss to SMU.

Bonner said in a Tweet that he tried to play through the injury but he "physically can't go anymore."