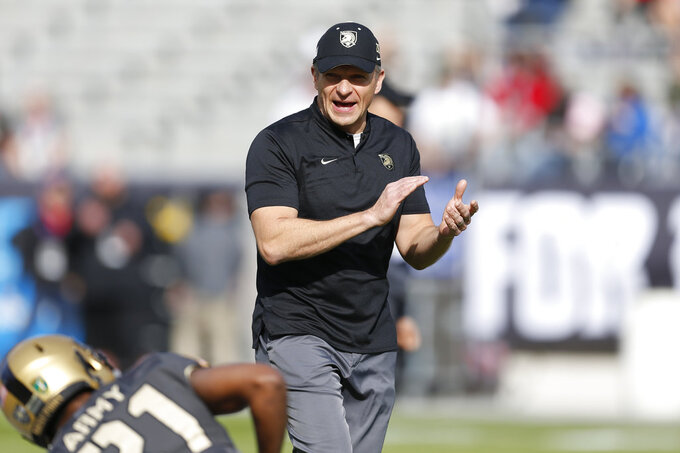 "It was just a great job by everybody," Monken said Thursday after learning he had been selected as the George Munger coach of the year by the Maxwell Football Club. "I'm really proud of the job the staff did."

Monken earned the award after guiding the Black Knights to an 11-2 record, the most victories in a season in academy history. Army also earned its first national ranking in 22 years.

Army capped its breakthrough campaign with a 70-14 victory over Houston in the Armed Forces Bowl, which tied a Bowl Subdivision record for points in a bowl game. It was the Black Knights' ninth straight win.

"That's a great accomplishment for our team," Monken said. "We didn't win them all, but that (bowl victory) made it pretty special."

The No. 22 Black Knights have had three straight winning seasons. Before Monken replaced Rich Ellerson ahead of the 2014 season, Army had had only one winning season since 1996.

The Black Knights have also had three consecutive wins over rival Navy under Monken and have captured the Commander In Chief's Trophy outright in consecutive years for the first time.