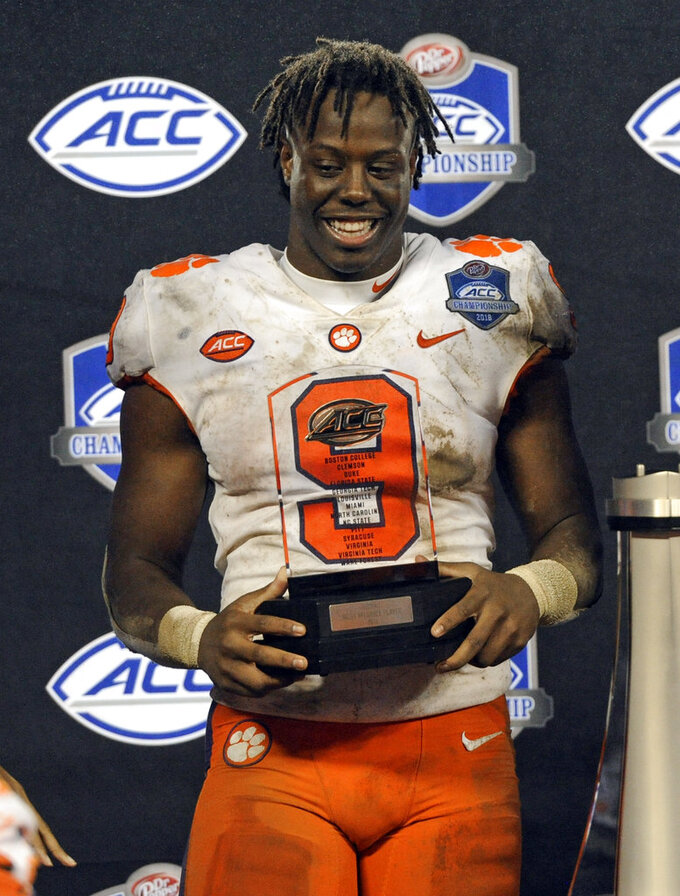 Clemson: Sophomore RB Travis Etienne has 1,463 yards rushing with 21 TDs. He ran for 156 yards and two TDs on only 12 carries in the ACC championship game against Pitt.

Notre Dame: Junior QB Ian Book, who took over as the starter in the fourth game and later missed a game with an injury, has completed 197 of 280 passes for 2,468 yards and 19 TDs with six interceptions in 11 games. He only attempted three passes in his first three games.

Clemson is in the College Football Playoff for the fourth year in a row after only missing the inaugural four-team playoff in 2014. The Tigers, who won the national title two seasons ago, have won four consecutive ACC championship games.

Notre Dame is in the playoff for the first time. The Fighting Irish beat Arizona State in a regular season game at AT&T Stadium in 2013. They haven't played in the Cotton Bowl since New Year's Day 1994, when the game was still played in its namesake stadium.

This story has been corrected to show that Clemson previously appeared in the Cotton Bowl.