Fromm, Georgia offense struggle in loss to No. 13 LSU 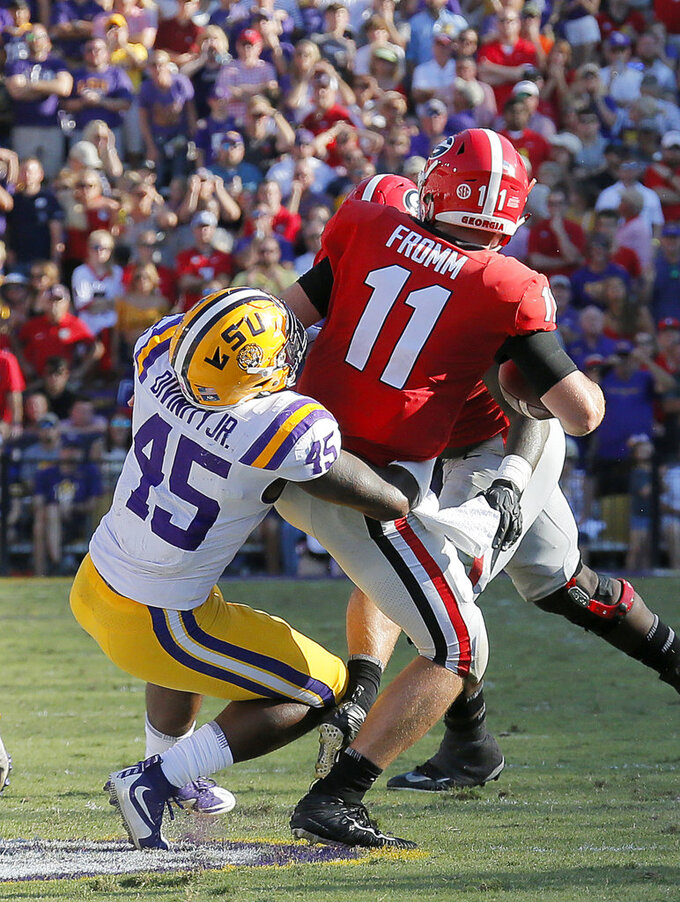 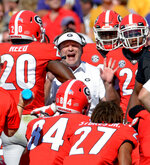 After a 36-16 loss Saturday at No. 13 LSU, the No. 8 Bulldogs' quarterback will be looking for a way to get back to those accurate ways.

With a mix of blitzes and coverage alignments, the Tigers harried and hurried the sophomore quarterback into a season-worst 16 of 34 outing with two interceptions and more questions than answers heading into an off week.

"At the end of the day you still go through your progression," said Fromm, who also was sacked three times. "They did a good job of mixing stuff up and we really couldn't find a rhythm."

"All the struggles weren't his." Smart said. "He made some third down throws that I thought were really good. There were a couple of times that he ends up getting a sack that he has to make a decision to get rid of the ball, but we don't run the right route on one of them."

Before Saturday, Fromm was on pace to set a Georgia single-season record for completion percentage — and threaten the SEC record — at 72.8 percent. Georgia (6-1, 4-1 SEC) was averaging 485.2 yards per game, including 240 yards through the air.

LSU (6-1, 3-1), however, used a defensive game plan that kept Fromm and the Georgia offense guessing and off-kilter throughout. For the first time this season, Georgia went scoreless in the opening quarter and trailed by at least 13 points.

"We mixed some of the personnel groupings that we use and some that they didn't see," LSU coach Ed Orgeron said.

Those mixed defensive alignments and pressures led to more third-and-longs than Smart and Georgia would have liked. This, according to Smart and Fromm, was the real issue, not the quarterback's form.

"They did a good job of bringing some blitzes and some coverage's and I just couldn't get the ball out of my hand," Fromm said.

Georgia has an off week to get healthy and prepared for Florida, which along with Kentucky and the Bulldogs, sits atop the SEC East.

The message Smart will deliver to his players is that there's still a lot to play for with five games left in the season. The Bulldogs took a similar beating in their lone regular-season loss to Auburn last year and still went on to win the SEC.

"We still have a good football team," Smart said. "We still have an opportunity to do everything we want to do. Every opportunity we had before this game is still in front of us, the margin of error is just smaller. We've got to get better. "