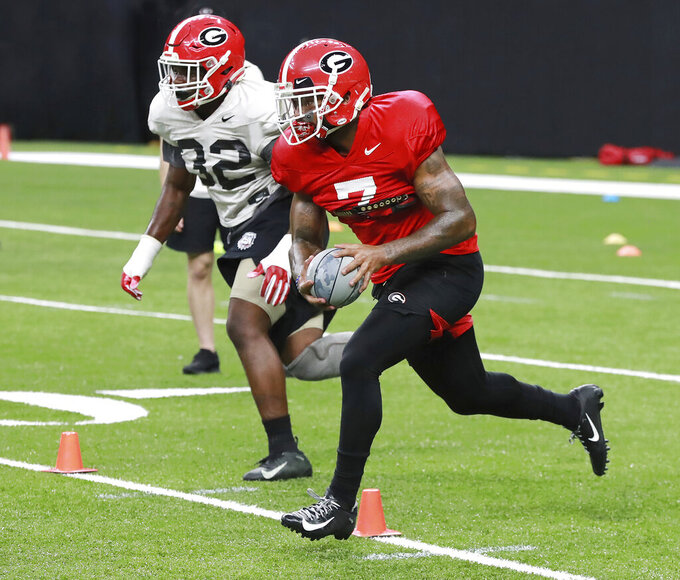 Swift, a junior, made his decision public on his Twitter account on Friday. The decision was expected after he led the Bulldogs with 1,218 yards rushing this season. It was his second straight season with more than 1,000 yards.

Swift says the decision came after he and his family “spent a considerable amount of time determining what's best for me."

Swift (5-9, 215) is expected to be one of the top running backs in the draft, even after he was limited by a left shoulder injury in the postseason. He had only one carry for two yards in Georgia's Sugar Bowl win over Baylor.

Georgia is awaiting NFL decisions from other top players, including quarterback Jake Fromm.