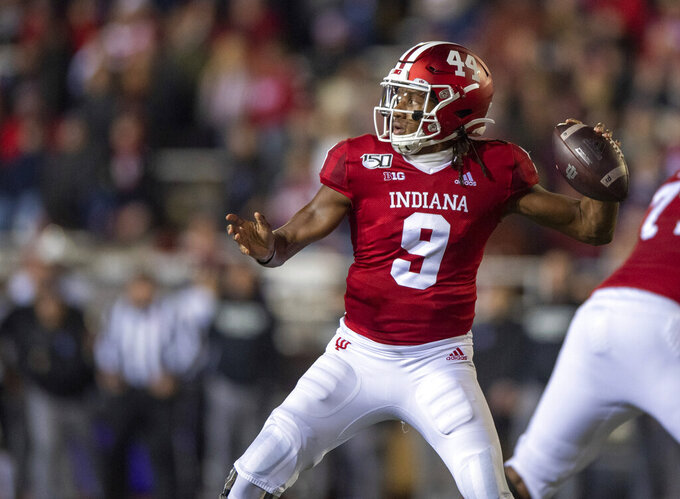 Indiana quarterback Michael Penix Jr. (9) drops back to pass during the first half of an NCAA college football game against Northwestern, Saturday, Nov. 2, 2019, in Bloomington, Ind. (AP Photo/Doug McSchooler)

BLOOMINGTON, Ind. (AP) — Indiana quarterback Michael Penix Jr. will miss the rest of the season with an injured right shoulder.

Penix hurt the joint between the collarbone and sternum during the first half of Saturday's victory over Northwestern. It's the same injury Kansas City Chiefs star Tyreek Hill sustained earlier this season.

With Penix headed to surgery Monday, Peyton Ramsey reclaims the starting job he held the last two seasons before losing the job to Penix in August.

Indiana is 6-1 this season in games where Ramsey has seen action. He has three starts and has finished four other games, helping the Hoosiers (7-2, 4-2 Big Ten) post their highest victory total since 2007. Indiana has a bye this weekend.