Huskers turn to No. 3 QB Luke McCaffrey after Vedral injured 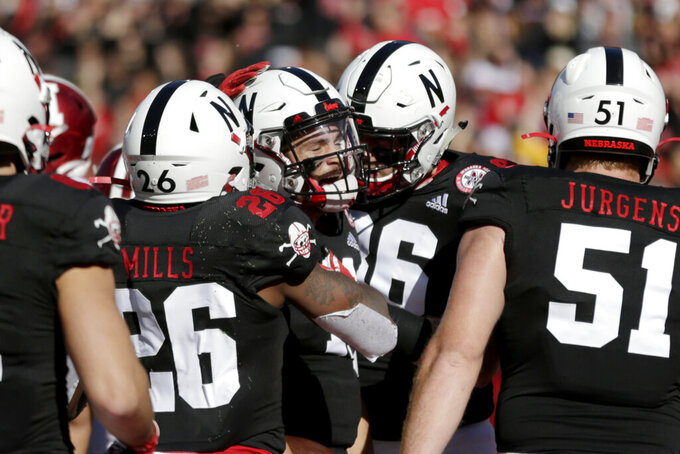 Nebraska quarterback Noah Vedral, center, is surrounded by teammates after scoring his second touchdown against Indiana during the first half of an NCAA college football game in Lincoln, Neb., Saturday, Oct. 26, 2019. (AP Photo/Nati Harnik) 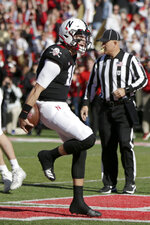 Vedral drew the start Saturday in place of Adrian Martinez, who injured his left leg in the Oct. 5 game against Northwestern and missed the Cornhuskers' Oct. 12 game at Minnesota. The Huskers were idle last week

Vedral was helped off the field with an undisclosed injury after an 8-yard run.

McCaffrey, a freshman who is the son of former Denver Broncos receiver Ed McCaffrey and brother of NFL player Christian McCaffrey, had taken one snap prior to Saturday.