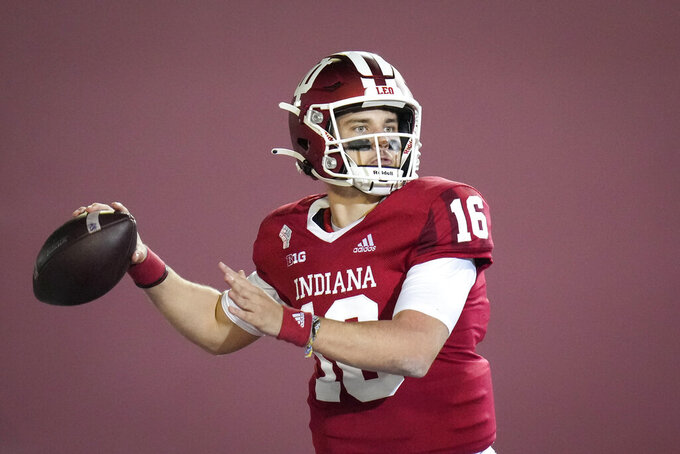 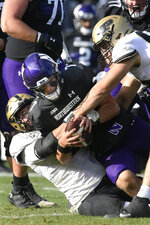 Allen was the son of an Indiana high school football coach in a rural community with deep red ties to the Hoosiers. Brohm stuck around his hometown of Louisville to play college football but never faced the state's blue-blooded program of Kentucky.

After the coaching carousel allowed both to experience similar clashes at big and small schools, Allen and Brohm landed here — coaching the Hoosiers and Boilermakers as they play for the Old Oaken Bucket on Saturday.

“You want to play rivalry games," Brohm said. “Like I said, it means a lot to your players, the fan base, all the people within the state that take pride in supporting their team. They’re a lot of fun. The buildup is great. The competition level normally rises every year, and it’s always a close, tough, physical game."

This one promises to be every bit as competitive after last season's game was canceled twice because of the COVID-19 pandemic and despite the disparate journeys these teams took since they last played in 2019.

Indiana produced its best season in more than a half-century last year and it sent them into the preseason rankings for the first time in decades. But a brutal schedule and a rash of devastating injuries derailed Indiana's big plans for 2021.

Instead, the Hoosiers (2-9, 0-8 Big Ten) head into the showdown trying to snap a six-game losing streak, avoid their first winless season in conference play since 2011 and salvage one final goal — retaining the Bucket.

“Just want to finish strong," Allen said. “We've got one more week together, it's been very challenging obviously, all the things out there. At the same time special group of guys, appreciate them, love them. Want to finish strong with these guys and do everything we can to keep the bucket."

Purdue (7-4, 5-3) is bowl eligible for the first time in three years after winning three of its last four.

They've relied heavily on the passing game and a defense that underwent a major offseason overhaul. Now they're about to find out it helps them win back the trophy for the first time since 2018. Brohm thinks it would be a fitting way to cap this season's resurgence — beating a rival to bring the trophy back to West Lafayette.

“I just think it draws a lot of interest, and they’re great to have," he said. “Football, basketball, you name it, every sport. It’s great for the fan base."

McCulley, a true freshman, was supposed to redshirt this season but was pressed into service because of injuries to Michael Penix Jr. and Jack Tuttle. Gremel was expected to get more snaps in practice this week and if he starts Saturday, he'll be the fourth starter Allen has used this season.

“All options are open," Allen said. “We’ll see as the week plays on."

Brohm doesn’t know yet how many seniors may use their extra year of eligibility in 2022.

But those questions are not exclusively about seniors, either. Defensive end George Karlaftis and receiver David Bell could be headed to the NFL. Both are highly-ranked pro prospects, both have been extremely productive in college and both are eligible to be drafted. Brohm said he fully supports whatever decisions they make.

“They’ve done a great job for us since the day they got here,” he said. “They’ve made a lot of plays, they’re great ambassadors for the program and they represent Purdue in the right way. I think they have a bright future.”

The Hoosiers have scored just 10 touchdowns in Big Ten play — five against Maryland and two against the Golden Gophers — leaving them with just three in the other six conference games.

They were shut out at Penn State, managed only three total field goals in games against Iowa and Rutgers and have been outscored 272-78 in conference play.