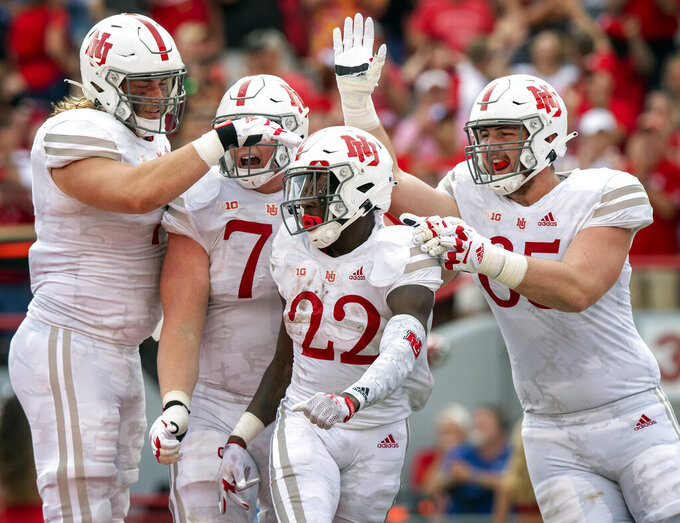 LINCOLN, Neb. (AP) — Nebraska running back Gabe Ervin Jr. is out indefinitely, and possibly for the season, with a knee injury he sustained in the loss at Oklahoma.

Coach Scott Frost said Monday that Ervin has an injury to his right patellar tendon, which runs from the bottom of the kneecap to the top of the shinbone.

Ervin was hurt late in the third quarter when he took a handoff and, untouched, slipped at the line of scrimmage. He immediately grabbed his right knee and was on crutches as he walked to the team bus after the game.

The freshman from Buford, Georgia, started the Cornhuskers' games against Illinois and Fordham and was backup to Markese Stepp against Buffalo and to Rahmir Johnson against Oklahoma.

Ervin has 37 carries, most among the running backs, for 124 yards and two touchdowns.

Frost did not name a starter for this week's game at No. 20 Michigan State.