More than Axe on line for Minnesota-Wisconsin in Week 14 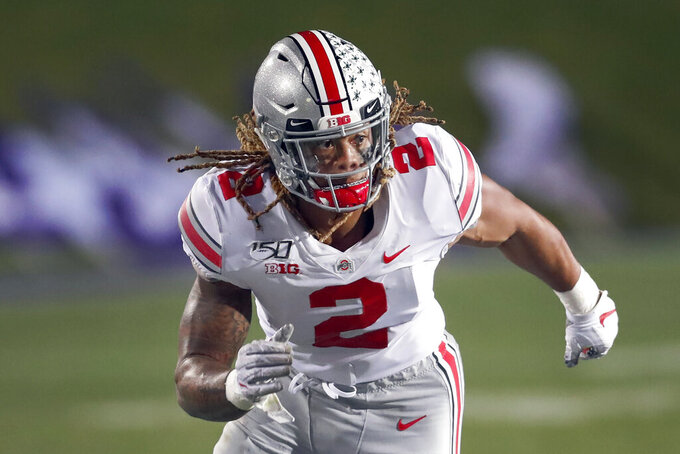 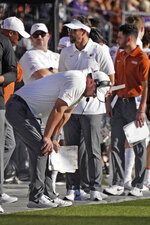 More than Paul Bunyan’s Axe is on the line in major college football’s most-played rivalry.

The winner of Saturday’s game between No. 9 Minnesota and No. 13 Wisconsin gets that prized trophy and a spot in the Big Ten title game the following week against No. 2 Ohio State.

There are also conference championship game spots up for grabs Saturday in the ACC and Pac-12 on the final weekend of the regular season. The matchups are already set in the Big 12 (No. 7 Oklahoma vs. No. 11 Baylor) and SEC (No. 1 LSU vs. No. 4 Georgia).

No. 23 Virginia Tech has won 15 in a row against Virginia, and they play to represent the Coastal Division against No. 3 Clemson for the ACC championship.

No. 6 Utah clinches the Pac-12 South with a win at Colorado or, if the Utes lose, No. 25 Southern Cal goes to the conference title game against No. 14 Oregon.

American Athletic Conference teams hoping to represent the Group of Five in the Cotton Bowl could play each other two weeks in a row. No. 17 Memphis, the West Division co-leader with the tiebreaker over No. 24 Navy, hosts East champ No. 18 Cincinnati.

This is their 129th meeting, and the stakes haven’t been this high since the Badgers beat Minnesota in 1963 for a Rose Bowl berth.

After the Golden Gophers’ bid for an undefeated season ended with a loss at Iowa, they bounced back to win at Northwestern. The Badgers have rebounded from back-to-back road losses in October.

Minnesota hasn’t won 11 games since 1904 and hasn’t taken home the Axe in consecutive seasons since 1993-94. The Gophers ended a 15-game losing streak to Wisconsin last year and would get serious consideration for a College Football Playoff spot if they could beat the Badgers and then Ohio State.

Ohio State defensive end Chase Young got back on the field, and immediately back in the Heisman Trophy race.

Young has a nation-leading and school-record 16½ sacks in only nine games. He had three sacks among nine tackles in the Buckeyes’ win over Penn State in his return from a two-game NCAA suspension last Saturday.

He has two more games (Michigan, Big Ten title game) to make his case to be the first defense-only Heisman before the deadline for voters to submit their ballots.

168_Yards for sophomore Chuba Hubbard to become the only Oklahoma State running back other than Barry Sanders in 1988 with 2,000 yards rushing in a season. Hubbard is the Big 12 leader with 166.5 yards a game, with a game against No. 7 Oklahoma before a bowl.

Southern Mississippi (7-4, 5-2 C-USA) at Florida Atlantic (8-3, 6-1). They are among five teams still in contention for the Conference USA championship game.

After 10 wins last season with a Sugar Bowl victory over Georgia, Herman got a two-year contract extension through 2023 and the Longhorns were pretty much expected to get back to Big 12 title game again this year.

Texas goes into its regular-season finale against Texas Tech already with five losses for the eighth time in 10 seasons. The Longhorns never had more than three losses in any of the 10 seasons before that.

While Herman is not getting fired, this is clearly a step back in his third season following three consecutive losing seasons under Charlie Strong.