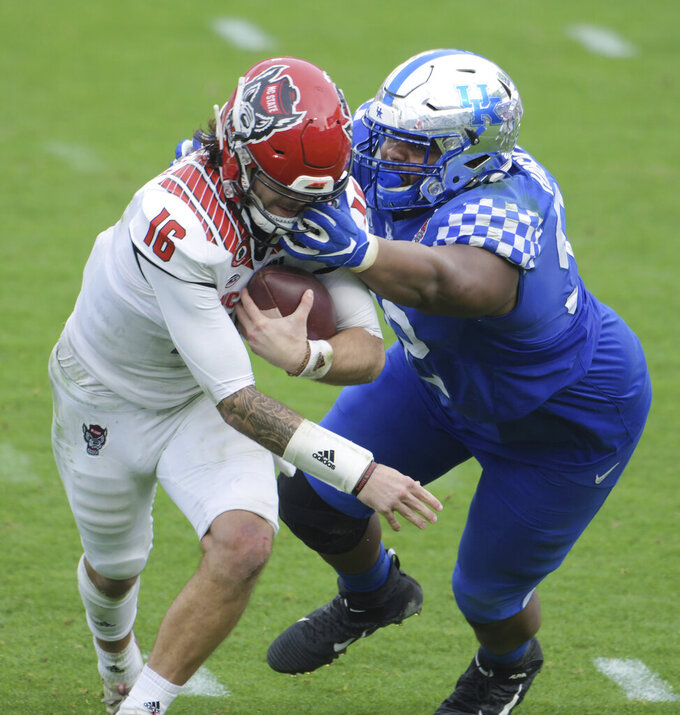 Hockman posted a statement on social media Wednesday announcing his decision. It came after the redshirt junior and former Florida State transfer started nine games for N.C. State, helping the Wolfpack to eight wins and an appearance in the Gator Bowl.

Hockman threw for 1,820 yards and 12 touchdowns for N.C. State, starting the first two games before Devin Leary took over after being sidelined for much of preseason camp due to COVID-19 protocols.

But Leary went down to a season-ending leg injury against Duke on Oct. 17, and Hockman started the final six games.

Leary is a redshirt sophomore while true freshman Ben Finley also saw work in a loss at rival North Carolina.