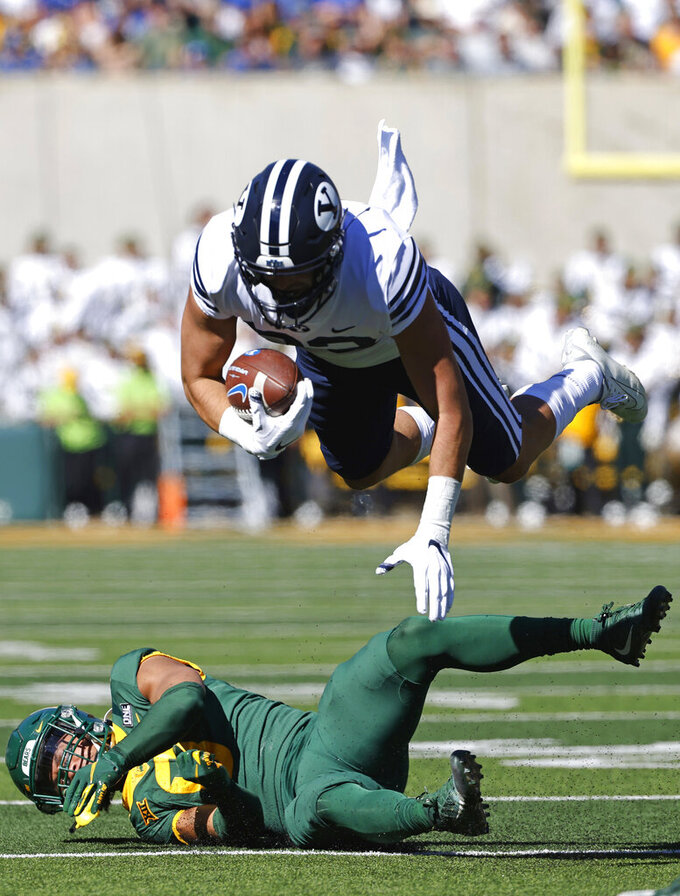 When new coach Dave Aranda arrived in Waco, he thought moving to an hybrid “star” position would give Pitre freedom to make plays all over the field.

It couldn't have worked out much better.

Pitre has developed into one of the best safeties in the country, a hard hitter who can stop the run, drop into coverage or rush from the edge.

“I think that position is just made for him because it’s a combination of both the linebacker and the safety," Aranda said. "It highlights his ability to blitz, his ability to set the edge, and then he has just enough coverage responsibilities that he’s keeping people honest with things. I think the best is yet to come with him.”

The 6-foot, 197-pound senior is Baylor's second-leading tackler with 42, including 8.5 for loss, has two interceptions and a fumble recovery.

“Some guys are inconsistent, they're up and down, they're flash players and you can point to one play or a specific game,” Reese’s Senior Bowl executive director Jim Nagy said. “Not really with him. He's the same guy every week.”

What Pitre lacks in size, he makes up for with a hard-hitting mentality and knack for knowing where the ball is going. He has a strong short burst of speed, is an excellent blitzer, isn't afraid to mix it up in the run game and goes all out every single down.

“He's a fun player to watch and that's really the highest compliment I can give a player,” Nagy said. “He plays with a lot of energy, you don't have to go looking for him on tape. He's going to get your attention with his urgency, kind of a tone setter for their defense. He plays like his hair's on fire.”

Pitre is kind of a tweener between an NFL linebacker and safety, but teams have found way to utilize players like that in recent years. He could be taken on the second day of the NFL draft because of his relentlessness and versatility, but may fall to the third day.