No. 1 Bama gets chance to avenge tough loss to No. 22 Auburn 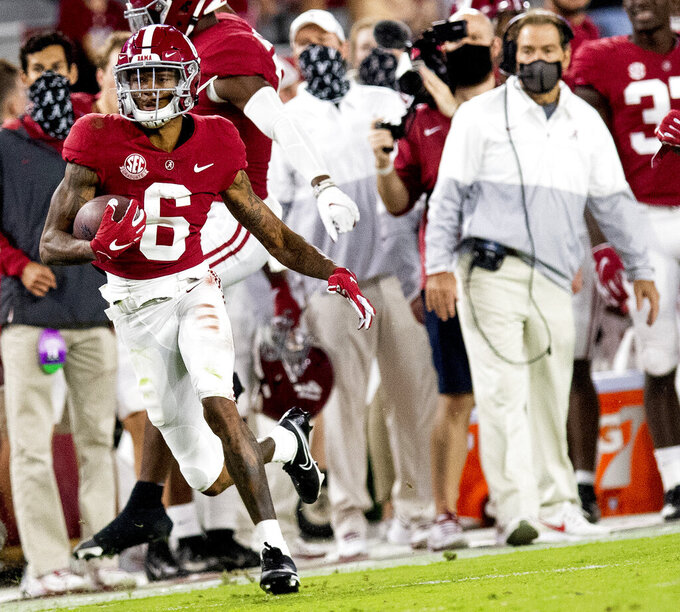 It's a sobering memory for the top-ranked Crimson Tide going into Saturday's Iron Bowl with the 22nd-ranked Tigers at Bryant-Denny Stadium. What could go wrong, did go wrong in that 48-45 loss that kept 'Bama from the College Football Playoffs for the first time.

And the Tigers made them pay for just about every misstep.

It was a back-and-forth affair one.

Alabama led 31-27 at halftime after the teams combined for 17 points over the final 66 seconds. In what turned out to be the decisive points, Anders Carlson booted a 52-yard field goal after replay officials put one second back on the clock before the half.

A missed Alabama field goal late helped seal the Auburn win. Before that setback, the Tide had appeared in the first five College Football Playoffs.

It's not the first time in recent seasons that Auburn has played the role of spoiler — and then some — against Alabama.

Both were top 5 teams in 2013, when Auburn won 34-28 with Chris Davis's 109-yard return of a missed field goal ending it. The Tigers reached the national title game that year.

This time, both teams have regular-season games remaining for a change because of the revamped schedule amid the COVID-19 pandemic. So it's far from a playoff elimination game for the Tide.

Last season’s Auburn win added to a similarly close loss to eventual national champion LSU. The Tide has been rolling through a schedule of all SEC games so far, including a 63-3 blitzing of Kentucky last weekend.

Jones said Alabama's focus is what's ahead for them, though haven't forgotten last year.

“That was a whole year ago and we’ve kind of moved on from that but it is a good learning experience,” Jones said. “We’ve learned and we’ve applied that throughout this year so far, and we just have to continue to do that.”

Saban agrees, saying Alabama will have to eliminate miscues like being called for illegal substitution last year after Auburn initially inserted the punter on offense, leading to a game-clinching first down. It was a penalty that Saban called “pretty unfair” after the game.

But that one is in the loss column and if Alabama doesn't want another setback this year, Saban said, "We’re going to have to execute a whole lot better to have success in this game.”