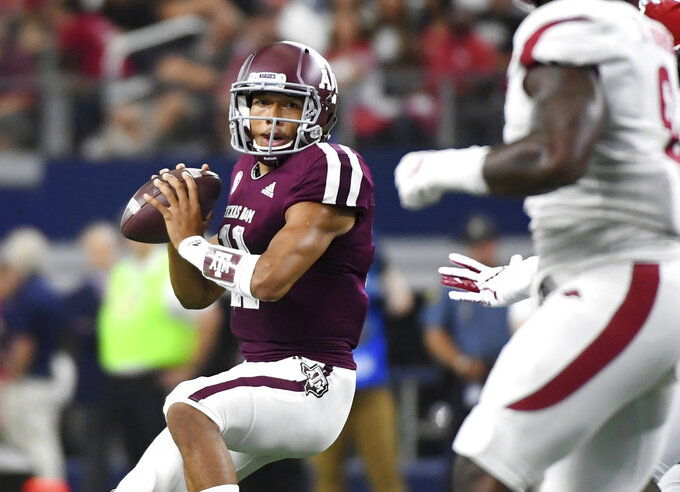 The Wildcats seek their first 6-0 start since beginning 10-0 in 1950. They can also become bowl eligible with a win and keep pace with No. 2 Georgia in the SEC East. The Aggies seek consecutive conference victories after beating Arkansas 24-17 last week.

Kentucky: LB Josh Allen. The senior leads the SEC with six sacks and 10.5 tackles for loss. He had eight tackles (four for loss), three sacks, a forced fumble and quarterback hurry against South Carolina to earn conference Defensive Player of the Week honors.

Texas A&M: RB Trayveon Williams. The Aggies junior is second to Kentucky's Benny Snell Jr. in SEC rushing with 582 yards on 96 carries and six TDs. He bounced back from 31-yard effort against top-ranked Alabama to gain 152 and score twice on 29 attempts against Arkansas.