No. 25 Arizona State to open against FCS Southern Utah 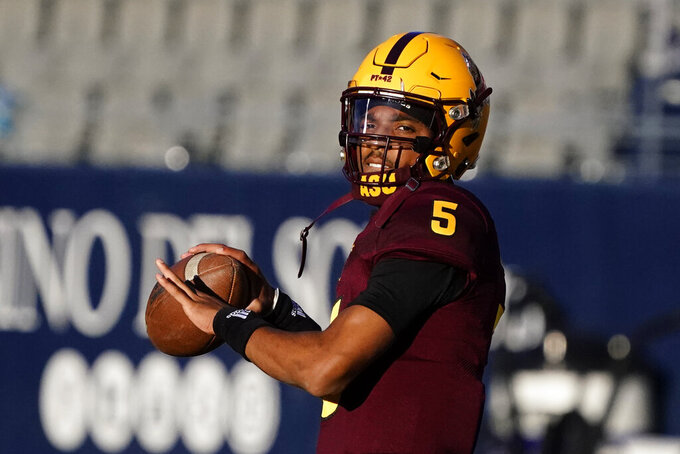 Line: Arizona State by 45 1/2, according to FanDuel Sportsbook.

Arizona State should be able shake off some rust in a season of high expectations against an FCS opponent. The Sun Devils are among the favorites to win the Pac-12 South Division with a load of experienced players returning. Southern Utah is coming off a 45-14 loss to San Jose State.

Southern Utah's defense against Arizona State QB Jayden Daniels. The Thunderbirds had a hard time slowing San Jose State's offense last week (543 total yards) and will have their hands full with Daniels. The junior can extend plays with his legs and is a superb decision maker, turning it over just five times in 618 career plays.

Southern Utah: LB La’akea Kaho’ohanohano-Davis. Watch a game with the Thunderbirds and No. 8 stands out on defense. The junior was an FCS All-American last year and is equally adept at stopping the run and rushing the passer.