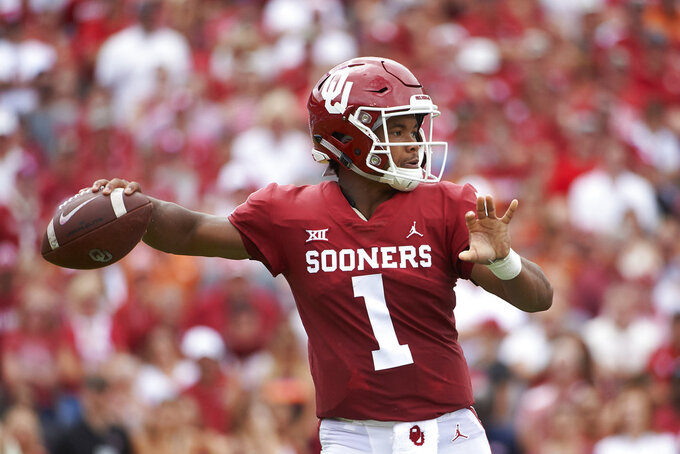 IRVING, Texas (AP) — Oklahoma has the Big 12's top offensive player for the fourth season in a row.

Sooners junior quarterback Kyler Murray was selected as the offensive player of the year when the Big 12 Conference released its postseason awards Wednesday. The awards are determined by the 10 league coaches who couldn't vote for their own players.

Baker Mayfield, the Sooners quarterback who won the Heisman Trophy last season, was the Big 12's top player in 2015 and 2017. Oklahoma receiver Dede Westbrook won the award in 2016. The Sooners are going for the fourth consecutive Big 12 title when they play Texas in the league championship game Saturday.