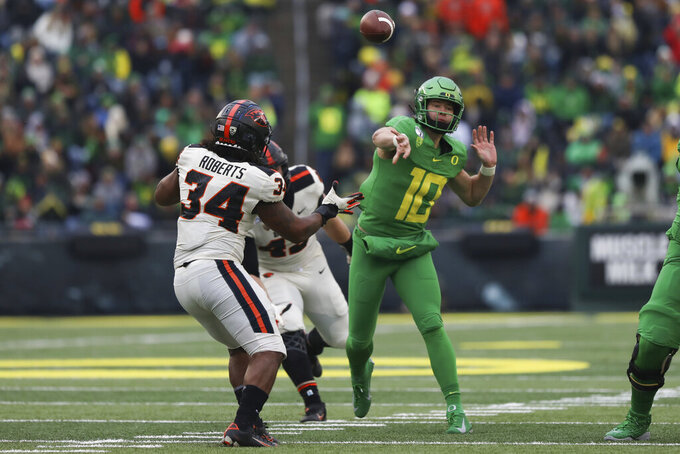 Herbert was announced as the winner Tuesday night at the National Football Foundation's awards banquet and College Football Hall of Fame induction ceremony at a hotel in midtown Manhattan. The senior was one of 12 finalists from all levels of college football. Each finalist receives an $18,000 postgraduate scholarship. Herbert receives an additional $7,000 in scholarship money and the trophy named after former Columbia player and coach William V. Campbell.

Herbert is the first Oregon player to win the award since it started in 1990. He is a general science major with a grade-point average above 4.0 who hopes to attend medical school after his playing days. Herbert passed for 3,333 yards, 32 touchdowns and just five interceptions for the Pac-12 champion Ducks this season.