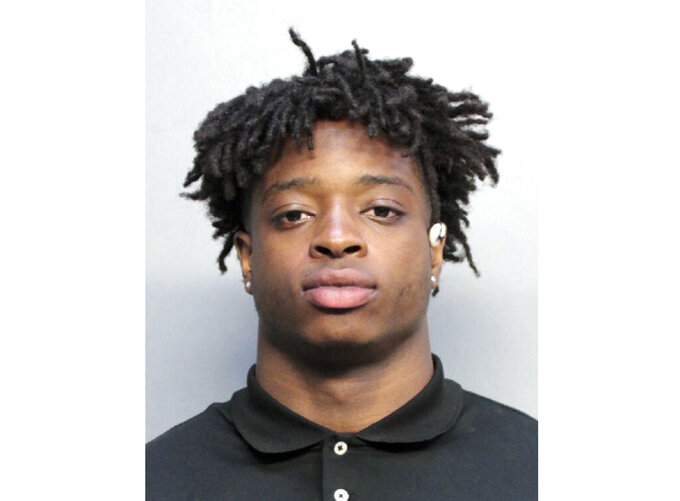 MIAMI BEACH, Fla. (AP) — Tennessee defensive back Kenneth George Jr. has been arrested for allegedly punching a police officer on the side of the head.

According to the police report: officer Denny Hernandez was guiding George toward the sidewalk as other officers attempted to place a violent subject into custody, when George punched Hernandez with a closed fist on the left side of the head and knocked the police radio out of his hand. Hernandez grabbed George and ripped his shirt, but George got away before other officers stopped him. Hernandez suffered three significant cuts on his knees and elbow.

Miami Beach police spokesman Ernesto Rodriguez said Hernandez has been treated at a hospital and released and is expected to fully recover.

Tennessee athletic department spokesman Zach Stipe said in a statement that "we are aware of the situation and are gathering facts as the appropriate processes run their course." The school is currently on spring break.