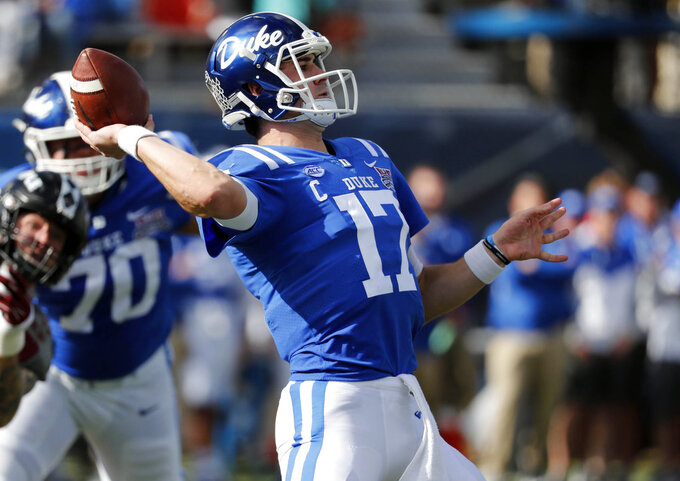 They announced their decisions Monday, four days after the Blue Devils beat Temple in the Independence Bowl .

The 6-foot-5 Jones completed nearly 60 percent of his passes while throwing for 8,201 yards and 52 touchdowns in three seasons as the starter. He threw for five TDs and rushed for another in the bowl victory.

Coach David Cutcliffe says he supports both players' decisions, calling Jones "a cornerstone of our program" and saying he "could not be more appreciative of Joe's commitment and dedication."