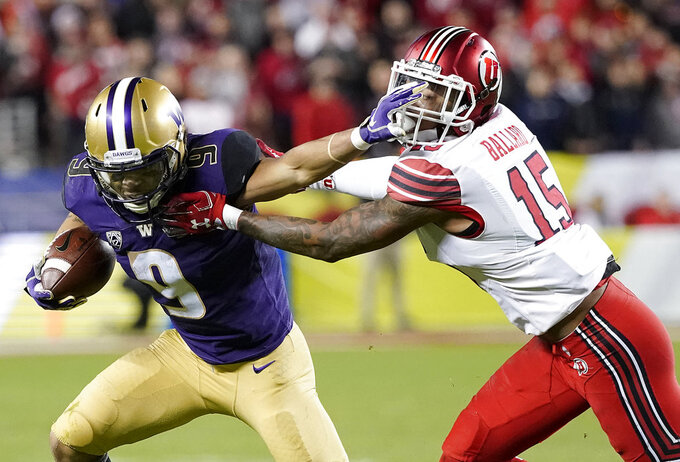 Ohio State: QB Dwayne Haskins is the Big Ten's player of the year, leading the nation with 47 touchdown passes and 4,580 yards passing.

Ohio State: The Buckeyes missed out on the College Football Playoff despite trouncing Michigan and winning the Big Ten title in their last two games.

Washington: After a slow start to a season of high expectations, the Huskies earned their first Rose Bowl trip in 18 years with four consecutive wins, including the Pac-12 title game.

Ohio State: 15th appearance in the Rose Bowl, but second since 1996 season

Washington: 15th appearance in the Rose Bowl, but first since 2000 season