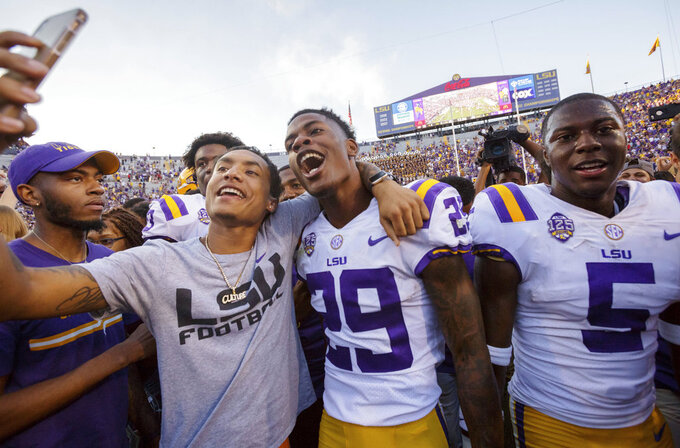 LSU's Greedy Williams (29) poses for a selfie as fans rush the field after the Tigers 36-16 win over Georgia in an NCAA college football in Baton Rouge, La., Saturday, Oct. 13, 2018. (AP Photo/Matthew Hinton)

BIRMINGHAM, Ala. (AP) — The Southeastern Conference has fined fifth-ranked LSU $100,000 for fans rushing the field after the Tigers topped then-No. 2 Georgia 36-16 over the weekend.

The league announced the fine Monday. It cited Saturday's incident as a second violation of the SEC's policy against fans on the field. The same thing occurred against Mississippi in 2014.

The SEC said fines collected against school for violating the competition-area policy are deposited in the league's post-graduate scholarship fund.