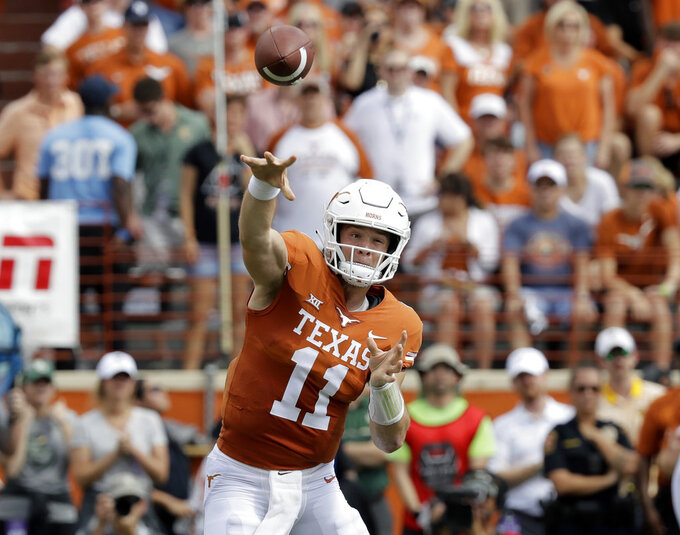 AUSTIN, Texas (AP) — Texas quarterback Sam Ehlinger left Saturday's game against Baylor early in the first quarter with an injury to his throwing shoulder and did not return.

Ehlinger ran for three touchdowns and passed for two scores in the No. 9 Longhorns' win over Oklahoma last week. He ran twice on Texas' opening drive against Baylor before game officials forced him to the sideline because of blood. He was handed a towel for his right hand as he went to the sideline.

Ehlinger then jogged to the locker room with a member of the team medical staff. He returned to the sideline in the second quarter with what appeared to be a bandage on his hand, but Texas then announced he had a shoulder injury. The team said at halftime that Ehlinger would not return.

Shane Buechele led the Texas offense in his place.