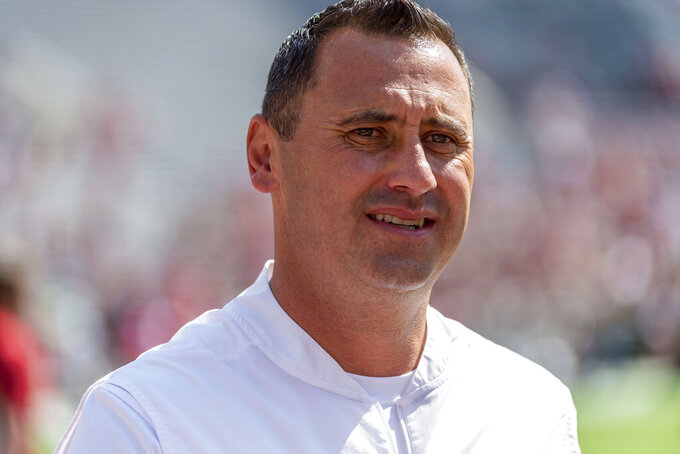 Sarkisian was hired in early January to replace Tom Herman, who was fired three seasons and more than $15 million left on his guaranteed contract. Herman went 32-18 in four seasons but had failed to win a Big 12 championship and was embroiled in a campus controversy over some players' refusal to sing the school song “The Eyes of Texas.”

Sarkisian, who has the strong backing of Board of Regents Chairman Kevin Eltife, has said his players will sing the song "proudly.“

Sarkisian, 46, is a former head coach at Washington and Southern California, and was the offensive coordinator the last two seasons at Alabama, which won the 2020 national championship.

His starting salary at Texas will be $5.2 million, escalating to $6.2 million in the final year.

Sarkisian is Texas’ fourth head coach since the program’s last Big 12 championship in 2009. Since then, Texas has fired Mack Brown — the only coach to lead the program to a national championship (2005) in 50 years — Charlie Strong and Herman.