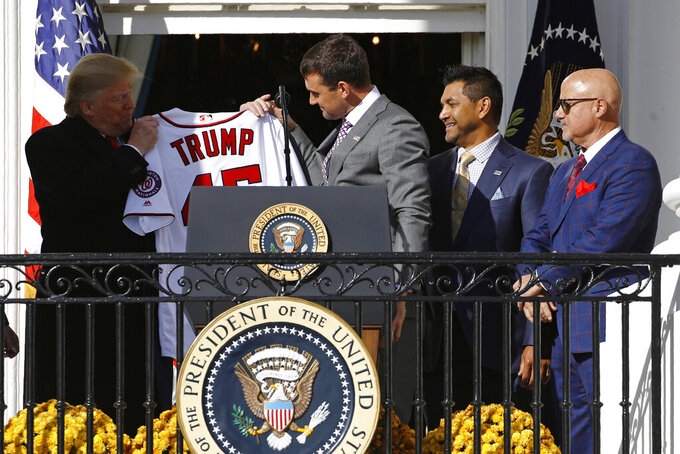 WASHINGTON (AP) — President Donald Trump is expected to attend Saturday's college football matchup between the two highest-ranked teams in the nation, Louisiana State University and the University of Alabama.

The Federal Aviation Administration is advising that Trump will travel to Tuscaloosa, Alabama, for the game.

It will be the third Trump visit to a high-profile sporting event in as many weeks. Last month Trump attended Game 5 of the World Series in Washington, and Trump traveled to New York on Saturday to watch Ultimate Fighting Championship (UFC) 244 at Madison Square Garden.