TV audience up slightly from last year for CFP championship 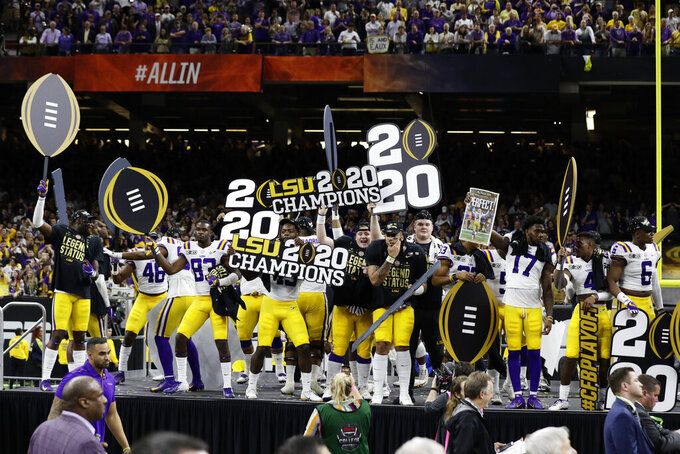 ESPN said Tuesday that viewership for the three-game College Football Playoff increased 4% from last season, when Clemson beat Alabama in the championship.

Joe Burrow, the Heisman Trophy winner, led No. 1 LSU to a 42-25 victory Monday night in New Orleans. The game was 28-25 in the third quarter before LSU surged and put away the title early in the fourth quarter.

Overall, the television audience for New Year's Six games were down 4% over last year for ESPN.