Big 12 is a 10: Bowlsby says no talk of expanding league 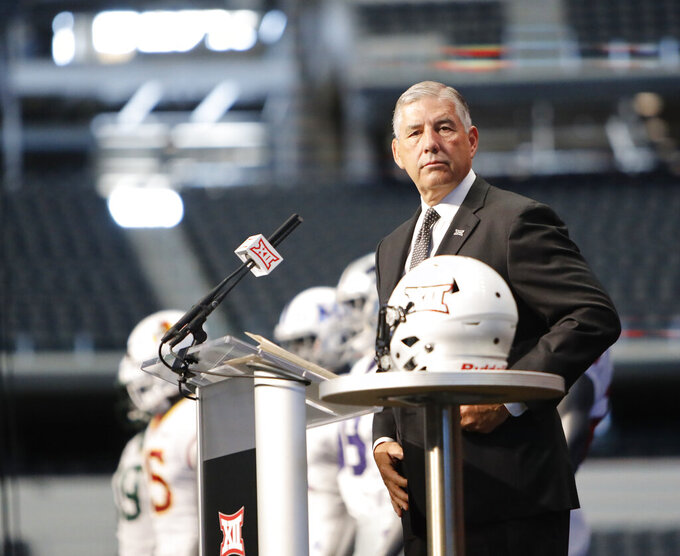 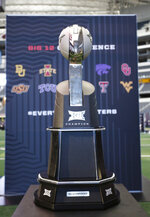 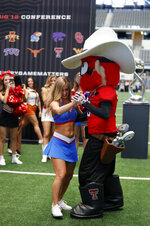 ARLINGTON, Texas (AP) — Bob Bowlsby sat on the podium at midfield of the massive NFL stadium where the Big 12 plays its championship game, talking about the successes of the smallest Power Five conference before getting a familiar question about the possibility of expansion.

The commissioner said there is no talk about adding to the league's current 10 schools.

"We have had no expansion discussion at any level. We like the 10 we have," Bowlsby said Monday at the start of the conference's football media days. "I don't expect that to be an active topic on anybody's agenda within the conference anytime in the foreseeable future."

Bowlsby talked about the round-robin schedule that sets up a title game rematch of the league's top two teams, and a full round-robin schedule in basketball that allows for home-and-away games each season. He said there are record revenues and new opportunities in a changing media market, such as the new Big 12 Now digital network on ESPN+.

"We have had a tremendous year competitively. We have had a very good year financially," Bowlsby said. "I think our ADs and our board (of directors) are the most aligned that they have been in the seven years that I've been with the conference."

The Big 12 split $388 million in revenue for the last academic year, a 6 percent increase and an average of $38.8 million per school. Those numbers don't include third-tier media rights and participation subsidies.

After holding its football media days the past two years at The Star in Frisco, the practice headquarters for the Dallas Cowboys, the two-day talkfest was moved this year to the NFL team's home stadium where the Big 12 drew a record 83,114 fans for its championship game last December between Red River rivals Oklahoma and Texas.

"I think it can't do anything but enhance the rivalry, although it's fair to argue that that rivalry couldn't be enhanced any more than it already is," Bowlsby said. "I think this year's game with OU and Texas picked one and two in the league probably has more anticipation to it than what we may have had before, and of course, that is multiplied by the fact that they played in the championship game last year."

— Bowlsby said the number of transfers is about the same on a school-by-school basis as in recent years.

— The Big 12 has had conversations with football coaches and athletic directors about making participation reports mandatory each week.

"Well, it's hard to say how far down the road it is," Bowlsby said. "Frankly, I don't know that we want to do anything that encourages gambling, not that that necessarily does. But the replicating what the NFL does with 32 teams is very different than replicating it across 700 schools that play football or 200 that play in Division I."

— Bowlsby said there was one particular statistic he wanted to make sure everyone got.

"I want to see pencils moving and fingers tapping on this," he said, before pointing out that in the Big 12's seven bowl games last year, six of the opponents were held below their season averages offensively.

"Contrary to popular belief, there are kids that tackle in the Big 12," he said.